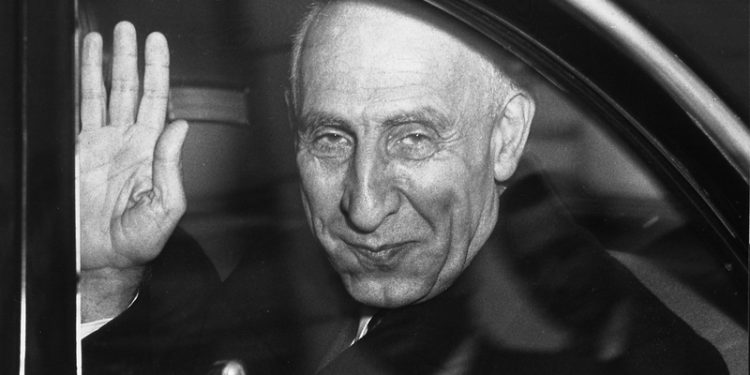 Sixty-eight years ago today, in Iran the cabinet of Dr. Mohammad Mossadegh was subverted through a coup d’état backed by the United States intelligence services. The coup’s implementors were the ayatollahs, particularly then-Parliament Speaker Abolghassem Kashani, and their thugs led by Shaban Bi-Mokh, or ‘brainless Shaban.’

“My sole offense was the nationalization of the oil industry and the cut-off of the exploiters’ hands from Iran,” Mossadegh said in a military court several months later.

At the time, those who supported the coup pretended that it was a national movement against the Mosaddegh administration. However, in August 2013 the U.S. government formally acknowledged the U.S. role in the coup by releasing a bulk of previously classified government documents that showed it was in charge of both the planning and the execution of the coup.

The documents declared how the U.S. implemented the coup through bribing Iranian politicians, security and army high-ranking officials, as well as pro-coup propaganda. Notably, government-aligned clerics such as Kashani played a leading role in the coup while they called on the Shah Mohammad Reza Pahlavi to execute Mossadegh.

Throughout the 19th century, Iran was caught between two advancing imperial powers, Russia and Britain. Mossadegh’s predecessors were adjusting their policy in line with Russia or Britain to preserve the power. In this context, they offered uncountable privileges to both governments at the expense of the Iranian people.

Mossadegh practically ended putting Iran’s national resources on auction. Indeed, he fulfilled a negative balance between the two powers. In this respect, he constantly shrunk the influence of both countries.

The nationalization of oil reserves was the most precious achievement of Dr. Mohammad Mossadegh, which was carried out in March 1950. This greatest-ever victory and successes in the northern parts, including ensuring Iran’s rights in fishing and petroleum extracting fields, prompted Soviet and British leaders to take him over from the power.

In response, the Soviet Union used the Communist Tudeh Party to undermine the Mossadegh administration. On the other hand, Britain pressured Iran’s national administration through the royal family. To defuse such conspiracies, Mossadegh urged the Shah to give him control over the War Ministry. Until then, the ministry was under the Shah’s thumb.

The Shah rejected the request, pushing Mossadegh to resign. In July 1952, Mossadegh resigned, and the Shah immediately replaced him with a pro-Britain figure Assadollah Alam.

However, on July 21, 1952, hundreds of thousands of people in Tehran and several major cities took to the streets in support of Dr. Mossadegh. The monarchic dictatorship initially tried to violently crack down on the protesters, killing and injuring several people. However, the outraged citizens resisted and continued demonstration, which was later renowned by ‘Qiam-e 30 Tir’ [July 21 Uprising].

“Give me liberty or give me death,” protesters chanted, forcing the Shah to withdraw and re-appoint Mossadegh and give him the War Ministry. Since then, Mossadegh and his Foreign Minister Dr. Hossein Fatemi sincerely did their best in the quest for Iran’s progress and prosperity.

Furthermore, foreign powers realized that they cannot ‘legally’ remove Mossadegh from power due to his unprecedented popular acceptance. Though, they planned the 1953 coup d’état, using their loyalists and a significant budget.

At the time, the Mossadegh administration was also under economic pressure. However, contrary to the current religious dictatorship, millions of citizens aided his administration by purchasing bonds, which enabled Dr. Mossadegh to overcome the financial crisis.

In June 1953, pro-Shah individuals planned the first attempt to subvert the Mossadegh administration. However, it was foiled thanks to the readiness and awareness of Mossadegh and his allies. Nonetheless, it was not the last attempt and several days later, the paid agents led by General Ardeshir Zahedi implemented another plan.

On August 19, 1953, hired infiltrators made chaos in different districts in Tehran to disturb the Mossadegh administration’s reputation. For instance, they disguised themselves as Tudeh members and vandalized bazaars in southern of the capital, prompting public revulsion.

Then, under Zahedi’s authority, the army attacked Mossadegh’s home. They opened fire on the Prime Minister’s home, and a tank fired a shell into the house. Then the army arrested Dr. Mossadegh; however, he refused to organize his supporters against the coup d’état, preventing further bloodshed.

The Shah, who had fled after the first foiled attempt, returned to Iran and received a ‘warm welcome’ by coup organizers such as Kashani and Zahedi.

In conclusion, the sole democratic administration of Iran was overthrown through a coup d’état, and the monarchic dictatorship once again applied suffocation across the country and put national resources on auction.

"The most insolent officials are those who attribute their incompetence and mistakes to the people," Dr. Mohammad #Mosaddegh, the leader of the nationalization of #Iran's oil (1882-1967).

Today, Iran is under the heel of the most insolent rulers… pic.twitter.com/29mfI2Mb4u

On the other hand, supporting the dictatorship rather than standing along with the Iranian people’s desire for freedom and independence and removing the only democratic leader from power paved the path for religious fascism.

Dr. #Mossadeq formed a genuinely nationalist & democratic government in #Iran,but the coup at 1953, ousted him in less than 2.5 years. If he had the opportunity to institutionalize democracy,the face of Iran would have been different &fundamentalism could not spread in the region pic.twitter.com/Bun3x4GFsr

Today, the people of Iran have loudly announced their will for freedom, justice, equality, and the rule of law. Now, major powers should clarify where they would stand: along with the people for a democratic, secular, non-nuclear republic of Iran, or oppressors who flagrantly support terrorism, produce nuclear weapons, and destabilize global and regional peace and security?