In this video clip, Bahman Mohammadnejad explains how an individual in Albania, Olsi Jazexhi, a servile follower of the religious fascism in Iran, is helping the regime’s henchmen in pressurizing their family members in Iran.

Bahman is not the only MEK member victimized, there are many others likewise residing in Ashraf3 who have written to the Albanian authorities.  They have complaint that how the Iranian regime’s vilification and demonization campaign through Olsi Jazexhi and his partner Gjergji Thanasi against the MEK is aimed to legitimize and justify the extremism and terrorism of the Iranian regime’s agents in Albania.

Hi, I am Bahman Mohammadnejad, a member of the People’s Mojahedin of Iran (MEK) and a resident of Ashraf 3 in Albania.

I have been fighting for the freedom of Iran against religious dictatorship and fascism in Iran for more than 4 decades. When we were in Iraq before coming to Albania, one of my younger brothers, who was also a member of the MEK, was killed by the agents of the Iranian regime. Now that we are in Albania, the Iranian regime can no longer kill us as they did in Iraq, so the regime goes to our families in Iran and threatens them and force them to participate in video interviews to insult their own children and the MEK in Albania in these interviews. They are forced to say that there is no freedom in the MEK and MEK  prevents contacts with the families, and that they have been brainwashed to overthrow the regime, and that freedom and happiness are rampant in Iran. Of course, no one in Iran buys these nonsenses, and people in the streets and bazaars say that the regime should be overthrown as soon as possible. For this reason, the performer of these forced interviews with our families in Iran is an Albanian named Olsi Jazexhi, who later distributes this nonsense in Albania. These interviews are arranged by the infamous Iranian Ministry of Intelligence (MOIS). MOIS, which is responsible for torturing and killing freedom loving people in Iran, has used Olsi Jazexhi several times in recent months to interview members of my family to say things against me and the MEK, and later Jazexhi has posted them on YouTube.

See how much this regime is hated inside Iran, which has survived only by the execution and torture. This regime holds the first rank throughout the world in the number of execution per capita. In Albania, only people like Olsi Jazexhi and another person named Gjergji Thanasi are willing to tell lies against MEK in the service of the Iranian regime. This proves by itself that the Iranian regime is very hated not only inside Iran but also in Albania. For this reason, we see that all the major parliamentarian parties in Albania support the expulsion of the Iranian regime’s terrorists from the country and are united behind the quest of the Iranian people for freedom.

Recently, I noticed that Olsi Jazexhi supported the execution of dissidents by the regime in Iran and calling them thugs on his Twitter account. But he calls Khamenei who is the real thug in Iran, Imam. Even many agents of the same regime in Iran are ashamed to call Khamenei Imam because he is the most corrupt and criminal person in Iran.

My last point is that the absolute majority of the Iranian people want this regime to be overthrown. This is the reason that the regime suffocates any opposition voice. During the nationwide uprising in the November 2019, the Iranian regime shot down 1500 protestors in the streets to add few days more to its life. However, one cannot rule a nation by suppression and committing crimes forever. Those who tie their future to dictators by serving them are the ultimate losers.

Hassan Heyrani, an agent of Iranian Regime’s Ministry of Intelligence, in Albania 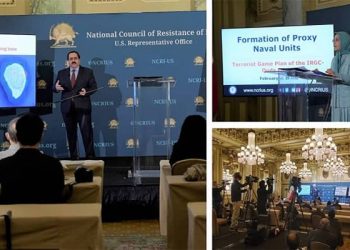 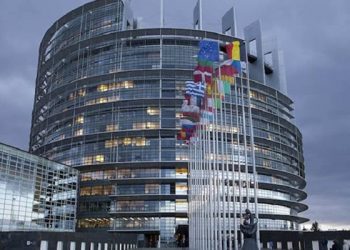