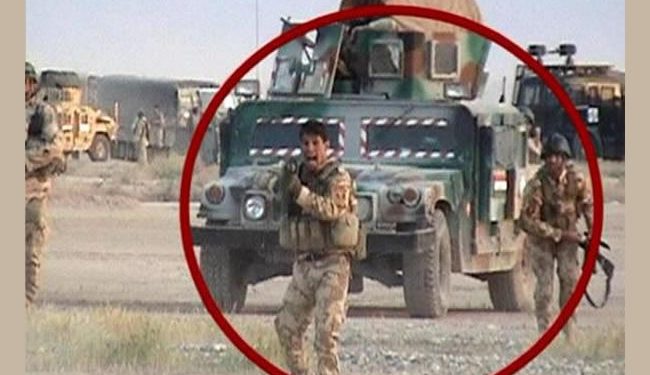 Five years have passed from April 8th, 2011 when security forces associated to former Iraqi prime minister Nouri al-Maliki attacked the residents of Camp Ashraf located in Diyala Province, north of Iraq, home to members of the Iranian opposition People’s Mojahedin Organization of Iran (PMOI/MeK). This attack left 36 residents killed, including 8 women, and more than 350 others wounded.

The chief officer of this attack against the defenseless Ashraf residents was General Gheidan, commander of Maliki’s Ground Forces, present at the scene to issue orders for the attack and carnage. He is also the same individual who fled the city of Mosul in June 2014 in the face of ISIS forces’ attack.

According to top secret documents, the operations orders issued for this attack described Ashraf residents as the “enemy”, adding they must be oppressed through “resorting to force”. A copy of these operations orders were exposed by the PMOI/MeK.

In fact, these operation orders were issued to annihilate Ashraf, and Maliki and Iraqi government spokesmen attempted to justify their measures under the ridiculous pretext of retaking agricultural fields from the PMOI/MeK and returning them to local farmers. Maliki resorted to this bogus pretext to stage the April 8th attack. However, the truth was that this attack was planned in his meetings with Iranian supreme leader Ali Khamenei and had nothing to do with agricultural grounds. As the years have passed, the bogus nature of this embarrassment becomes more and more evident because to this day, meaning five years after that attack, especially after Ashraf residents completely departed the camp, no agricultural fields have been returned to any local farmers.

From April 3rd, 2011 Maliki’s government began its preparations and arrangements by dispatching a number of armored vehicles into northern areas of Camp Ashraf. As the PMOI/MeK protested these armored vehicles were forced to exit the camp’s perimeters.

However, from the evening of April 7th new units associated to Maliki’s ground troops began stationing their ranks and files around Ashraf. At 4:45 am on the morning of Friday, April 8th the criminal forces launched their attack with armored personnel carriers and HUMVEEs from north of Camp Ashraf.

Following 6 hours of various attacks placing unarmed residents against a large number of armored vehicles and many battalions of ground forces, and these forces opening direct fire and crushing the residents under the HUMVEEs, the residents’ perseverance and protests brought an end to the attack north of the camp’s main road. The assailants erected a berm north of this main road and stationed their forces there.

Although the initial objective set by the Iranian regime and Maliki was to completely annihilate the PMOI/MEK and Ashraf residents, and/or force them to fully succumb and surrender to the Iranian regime, the residents’ resistance and brave determination foiled their plans. However, to this day justice has not been served, and the criminals who perpetrated this attack, and those who opened fire, and/or crushed the residents under the wheels of their HUMVEEs, have yet to face justice.