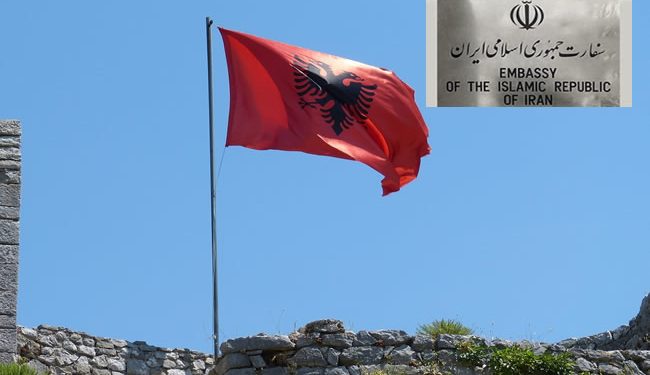 A bombshell report by the National Council of Resistance of Iran (NCRI), published on February 18, provides further evidence of the Iranian regime’s diplomatic apparatus being illicitly engaged in propaganda, espionage, and terrorism against members of the Iranian Resistance.

In a letter to the United Nations Secretary-General, Hadi Sani-Khani, a former member of the People’s Mojahedin Organization of Iran (PMOI/MEK), described how, after leaving the MEK in Albania, he was recruited by the Iranian regime’s embassy in Tirana and became a pawn of the Iranian regime’s Ministry of Intelligence and Security (MOIS). Sani-Khani sent a copy of the letter to the Security and Counterterrorism Committee of the NCRI.

“For four years I fell into a trap set by the Iranian regime’s Ministry of Intelligence and Security (MOIS) and its Iranian embassy in Albania,” Sani-Khani wrote in his letter.

After leaving the MEK’s ranks in 2016, Sani-Khani was immediately approached by Ebrahim Khodabandeh, a known agent of the MOIS, and was encouraged to visit the Iranian embassy in Tirana. There, he was told that if he wanted to return to Iran, he would have to cooperate with the regime against the MEK.

Intelligence agents at the embassy used Sani-Khani and other agents recruited by the MOIS to write articles against the MEK and publish them on blogs and social media and to participate in interviews with mainstream news outlets. The topics and talking points of the articles were provided by the embassy as well as MOIS agents such as Ebrahim Khodabandeh and his brother Massoud, another known intelligence agent.

According to Sani-Khani’s letter, the talking points provided by the embassy and MOIS included “torture of dissidents, lack of freedom in PMOI relations, brainwashing, confessions about sexual topics and thoughts, cutting ties with the outside world, forced divorces, suspected killings within the PMOI, killing of Kurds and Shiites in Iraq, getting money from the United States, Israel and Saudi Arabia, and the idea that they took their nuclear information from Israel and have no base or popular support in Iran.”

“I had been in the ranks of the PMOI for about 14 years and knew that not a single word of these utterances was true, and this constant lying became one of the drivers of my psychological torment and bad conscience,” Sani-Khani wrote. “As a living witness, I can testify in any court that these interviews and articles all stem from the designs and plans of the Ministry of Intelligence. I witnessed all these lies being dictated by the Ministry to the mercenaries, and they repeated them on Ministry of Intelligence-made websites and televisions.

The regime paid these agents hundreds of euros per month for their services. Sani-Khani himself was tasked with distributing 15,000 euros of payments between regime agents every month.

But spreading falsehoods is not the only use these agents who posed as former MEK members had for the Iranian regime’s embassy and intelligence agents. According to Sani-Khani’s damnin letter, the embassy had instructed them to gather information about MEK members in Albania, including taking pictures and videos of the locations they were staying.

“In the spring of 2017, I was ordered by Zandi to gather information including videos and pictures from different locations where the PMOI members lived,” Sani-Khani writes, referring to Fereidoun Zandi, a person he describes as “the head of the intelligence station of the regime” who works under the title of the “first attaché in the embassy.”

“I provided [Zandi] with over 300 pictures and several videos from the PMOI locations. Zandi insisted that I should find out and gather information about the whereabouts of Mrs. Maryam Rajavi and senior PMOI officials. He was specifically interested in knowing where they stayed and how many bodyguards they had. Two other agents, Manouchehr Abdi and Sa’adollah Seifi, assisted me in this intelligence gathering operation.”

It is worth noting that less than a year later, Albanian authorities stopped a plot by the Iranian regime to bomb the Nowruz gathering of the MEK near Tirana. Two Iranian diplomats were expelled from the country over the plot, including the ambassador and another senior embassy official.

This new set of details come just weeks after a court in Belgium sentenced another Iranian diplomat to 20 years in prison for plotting to bomb an NCRI rally in France.

The new information revealed by this former agent of the MOIS should serve as a cautionary tale for every state.

This further highlights what the Iranian Resistance has been warning about throughout the decades, especially in the past few years: Iran’s embassies are a real security threat to every nation.

This is not a regime that is bound to diplomatic and international values and norms. Terrorism and murder are part and parcel of its foreign policy. The regime is using its diplomatic facilities and officials to establish spy networks, plot terror attacks, and influence public opinion in every country where it is. And every government that is welcoming so-called Iranian diplomats in its country is putting the lives of its citizens in danger.