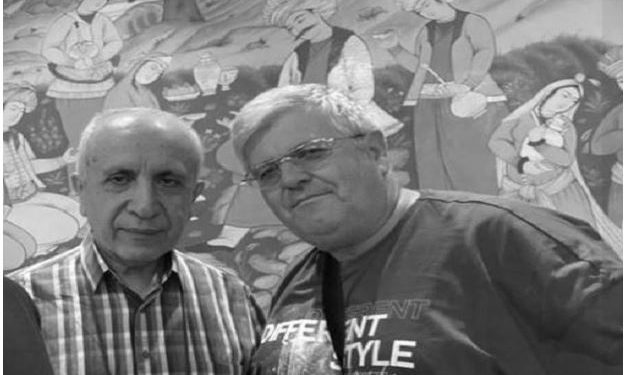 Albanian agents in the service of a foreign state

Recently, the Iranian regime under the absolute power of the mullahs has intensified its efforts to increase the activity of its agents in Albania. The MOIS agent in Tirana Hassan Heyrani has created the Association named ASILA instructed by the Iranian regime.

This association ASILA is created for this purpose but camouflaged under the guise of “for the support of Iranians living in Albania (ASILA)”, which is led by Mr. Dashamir Mersuli, Gjergji Thanasi. and Vladimir Veisi who arrived in Tehran on Thursday June 9, 2022 and headed directly to Isfahan where they went “At the invitation of the Executive Director of the Nejat Iran Society and on behalf of the families of MEK members in Albania. This action was published from the Nejat Society website on Monday June 27 in a report about the agents’ trip to Iran and an invitation letter from the Nejat Society. Their MOIS supervisor in Iran was Ebrahim Khodabandeh. The Iranian regime has introduced Khodabandeh as the CEO of the Nejat Society, a front organization and a branch of MOIS. A report prepared by the US Library of Congress for the Pentagon reveals that Ebrahim Khodabandeh is an agent of MOIS. Ebrahim Khodabandeh took local Albanian agents on a tour of Isfahan, Shiraz, Mashhad and Tehran provinces.

Let’s not forget that on November 27 and December 3, 2020, the historic trial of the imprisoned diplomat-terrorist of Iran, Assadollah Assadi and his three associates, Amir Saadouni, Nasimeh Na’ami and Mehrdad Arefani took place. This terrorist cell attempted to plant bombs at an opposition rally in France in 2018. Nasimeh Naami and her husband Amir Sadouni and Mehrdad Arefani misused their refugee status and citizenship in Belgium to operate in the regime’s Ministry of Intelligence and Security ( MOSES). Arefani also pretended to be an atheist poet but had actually been a MOIS agent for years.

But the Albanian agents who serve the anti-popular regime of the mullahs can bring danger to the country where they live because the evil intentions of the mullahs are known and the mischief that their agents have caused in the actions to place bombs against the gatherings organized by the Iranian opposition who are fighting for a democratic order and also to overthrow the religious dictatorship in the state of Iran.