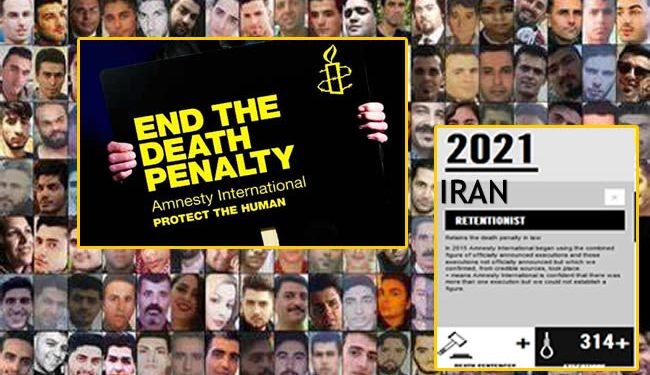 In a new report (Tuesday, June 23), Amnesty International wrote that the global use of the death penalty has increased by 20%.
For 2021, Amnesty International has documented at least 579 executions in 18 states. This represented a 20 per cent increase over the previous year – an alarming increase in executions and death sentences, the report said New Amnesty report.
According to Amnesty, the countries with the highest known number of executions are China, Iran, Egypt, Saudi Arabia and Syria.

Iran was responsible for most of the world’s executions. At least 314 people were executed there last year, after 246 executions the previous year and more than at any time since 2017.
With the lifting of anti-Corona measures in many countries, the courts have issued more death sentences again. Despite these setbacks, 2021 overall has the second lowest number of documented executions globally since 2010.

On Saturday, the mullahs of Iran wanted the Swedish doctor, Ahmed Reza Jalali, 50, to be executed in Tehran. But the execution was postponed.

Iranian authorities also violated children’s rights: they executed three people who were under 18 at the time of their alleged crime.