No Result
View All Result
Home Reports and Articles 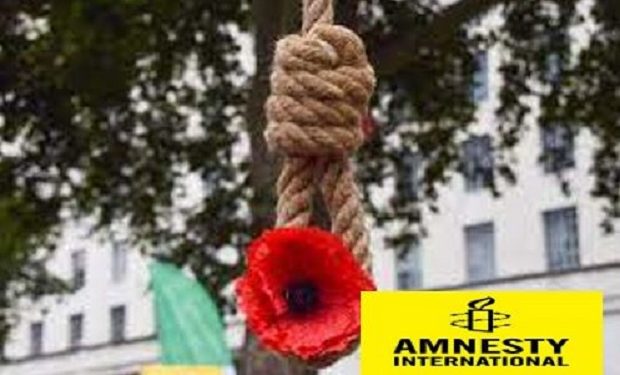 Amnesty International announced on Wednesday 27 July that the Iranian authorities have embarked on a wave of executions, killing at least 251 people between 1 January and 30 June 2022.
Most of those executed in 2022, (146 people), had been convicted of murder, in a well-documented pattern of systematic executions following grossly unfair trials. At least 86 other people were executed for drug-related offenses that, according to international law, should not be punishable by the death penalty.
The Amnesty International statement added: On July 23, the authorities executed a man in public in Fars Governorate, after a two-year hiatus from public executions during the outbreak of the epidemic.

“During the first six months of 2022, the Iranian authorities executed an average of at least one person per day,” said Diana Eltahawy, Deputy Middle East and North Africa Director at Amnesty International.
State agencies carry out large-scale killings throughout the country in a flagrant assault on the right to life. The shocking death toll in Iran during the first half of this year echoes the horrific toll of 2015, which saw another shocking spike in executions.”
The renewed increase in executions, including public ones, once again shows how inconsistent Iran’s actions are with the rest of the world, with 144 countries rejecting the death penalty in law or practice. The Iranian authorities should immediately impose an official moratorium on executions with a view to the complete abolition of the death penalty.”
The information gathered shows that since early 2022, the authorities have carried out mass executions across Iran on a regular basis.
226 executions in Iran during the past 3 months
At least 65 (26%) of those executed since 2022 belong to Iran’s highly impoverished ethnic Baluch minority, who make up about 5% of Iran’s population. More than half of them (38) were executed for drug-related offences.
The execution of at least 86 people for drug-related offenses in the first six months of 2022 echoes the bleak effects of the authorities’ anti-drug practices in the years 2010-2017, when most recorded executions were for drug-related offences.

A bite of bread at the cost of life!