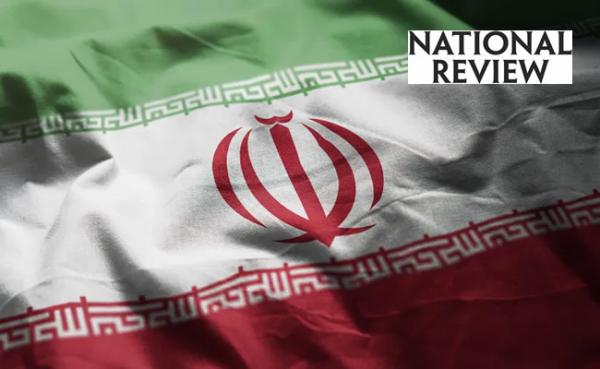 An Iran Lobby in America?

Political divisions in the United States may be widening on a broad range of political and policy concerns, but the country is still relatively united on at least one issue. Since the Islamic Republic of Iran’s revolutionary ascent in 1979, Americans of nearly all political stripes have viewed it as a hostile and threatening actor — and sometimes even an evil one. Of course, this sentiment has not always been expressed in policy; Obama White House Deputy national-security adviser Ben Rhodes famously bragged about the way he and his team manipulated the mainstream media and other “outside groups” who then “validated what [they] had given them to say” about the controversial Iran nuclear agreement.

Yet there is still an American consensus on what the Iranian regime was and is. A Gallup poll released March 3 found that no country is held in as much contempt by Americans as Iran. Among those polled, an astonishing 88 percent have a “very” or “mostly” unfavorable view of the country, a negative impression exceeding even that of Kim Jong-un’s totalitarian North Korea. A 2019 poll also reflected this consensus: 93 percent of Americans designated the Iranian regime’s development of nuclear weapons as a “critical” or “important” threat, and 90 percent placed Iran’s military power as a threat rising to those same categories of urgency. It is true that Americans have reasonable differences on what to do about the Iranian regime’s threatening militancy and sponsorship of terror. But it matters that they do not disagree on the present nature of the regime itself.

Thus one might think that the possibility of the Iranian regime’s having companionable spokesmen in American politics — or, even more outrageously, having a whole Washington, D.C.-based organization with a history of echoing the regime’s positions on the most crucial components of U.S.-Iranian relations — would rightfully concern most Americans. Yet that appears to be precisely what is taking place.

The National Iranian American Council (NIAC) was founded in 2002 by Trita Parsi, an Iranian-born dual citizen of Iran and Sweden, former employee at the Swedish mission to the United Nations, and a vocal champion of President Obama’s controversial Iran nuclear agreement. Parsi has consistently diminished the magnitude of the threat of the Iranian regime while simultaneously blaming most of the Middle East’s troubles on U.S. policies in the region.

NIAC was born from a 1999 white paper written by Parsi and an Iranian-born businessman seeking expanded commercial ties with the U.S. This white paper set out the new strategy for advancing their foreign-policy vision: holding “seminars in lobbying for Iranian-American youth and intern opportunities in Washington D.C.” and reducing “the taboo of working for a new approach on Iran.” These were key elements of their cultural and institutional strategy aimed at reshaping public debate on Iran policy, recognizing that their position was not shared by most Iranian Americans, much less the country at large. Just over two years after the white paper’s publication, co-author Parsi formally founded NIAC.

Since its 2002 founding, NIAC’s vision for getting Washington to remove sanctions against the Iranian regime and to reduce or even end its military engagement in the region, including strategic ties with Israel and Saudi Arabia, has drawn the attention and support of a variety of predominantly left-of-center philanthropic foundations. Among them are George Soros’s Open Society Foundations, which boast a multibillion-dollar endowment. In 2015, NIAC also launched NIAC Action, a lobbying arm that expanded its reach directly into American electoral politics. Interestingly, when it was first unveiled, then-executive director Jamal Abdi proactively announced that NIAC was “not lobbying on behalf of the Iranian government.” NIAC defensively re-announces this claim often, and it’s the subject of several prickly paragraphs on its website.

Since then, NIAC Action has boasted of its role in the 2016 defeats of Senator Mark Kirk (R., Ill.), whom it labeled “the top Iran hawk in Congress,” as well as several other members of Congress it labeled “hardliners” who lost their seats in 2018. In this presidential-election cycle, it has predictably endorsed Joe Biden.

A review of NIAC policy stances reveals that the organization frequently echoes Tehran’s rhetoric in redirecting blame at the U.S., not the regime, for Iranian aggression and malfeasance. Its messaging this month, for example, is that U.S. sanctions — not the Iranian regime currently spending nearly $7 billion on its terrorist Islamic Revolutionary Guard Corps (IRGC) and billions more on corruption, foreign-arms export and nuclear-weapons development — is to blame for Iranian poverty and suffering. Last December, it outrageously alleged that the attacks on the U.S. embassy in Baghdad and U.S. forces elsewhere in Iraq were not the fault of the regime-backed militias that carried out the attacks, but rather of President Trump. NIAC has called the U.S. Treasury Department’s efforts to restrict banking from Iran “disruptive and discriminatory,” bitterly noting that U.S. financial institutions “proved immune to NIAC’s . . . reproach,” with seemingly no recognition of the genuine risks posed by banking ties with a regime considered the largest state sponsor of terrorism. In 2019, NIAC president Jamal Abdi echoed an Iranian regime conspiracy theory that Iranian attacks on oil tankers in the Gulf of Oman — allegations that were corroborated by the U.S., the United Kingdom, Germany, and regional allies — were false-flag operations “orchestrated” by the Trump administration to provide a pretext for war with Iran. The list of similar regime-sympathetic positions held by NIAC goes all the way back to its founding.

The Iranian regime’s human-rights record has been so horrific that analysts everywhere — including those at NIAC — have been unable to ignore them. While NIAC has joined in acknowledging some of these egregious violations, it has yet to join in supporting punitive measures or seemingly any other policies designed to hold the regime accountable for them. A review of 18 years of NIAC’s political and policy stands reveals that virtually nothing gets in the way of its insistence that the U.S. pull back all aspects of opposition to the regime.

On Capitol Hill and elsewhere, calls are now mounting for a thorough investigation of whether NIAC is operating as a lobby for the Iranian regime or other Iranian entities in violation of U.S. sanction statutes, the Foreign Agents Registration Act (FARA), and other federal laws.

In a January letter to Attorney General William Barr, Senators Ted Cruz (R., Texas), Tom Cotton (R., Ark.), and Mike Braun (R., Ind.) urged the Department of Justice to “review the activities of [NIAC] and its sister organization NIAC Action for potential violations of [FARA].” They note that despite “NIAC’s innocuous public branding,” there are real concerns about the organization’s possible regime connections, including that Trita Parsi “had arranged meetings between Javad Zarif, Iran’s former ambassador to the United Nations and [now-former] foreign minister, and members of Congress” to help push the regime’s agenda, and that NIAC’s former acting policy director Patrick Disney had admitted in 2008 that he believed “we [NIAC] fall under this definition of ‘lobbyist.’” The organization did not immediately return a call seeking comment on the Senate letter or related issues.

It should be acknowledged that Parsi’s 1999 vision of “further legitimizing” a new approach on Iran policy has been undeniably effective. NIAC has helped persuade many elected officials to embrace Iran-appeasing positions, including the flawed Iran nuclear agreement and restored trade relations, despite the vast public skepticism and opposition to those ideas. This approach has proven especially popular on the left wing of American politics. In January, NIAC organized a “No War with Iran Strategy Call” with senators and then-presidential hopefuls Bernie Sanders (I., Vt.) and Elizabeth Warren (D., Mass.), and it has welcomed Senator Chris Murphy (D., Conn.) to speak at several of its conferences. Its alumni have gone on to work in a variety of offices in the U.S. government, from the offices of Representatives Rashida Tlaib (D., Mich.) and Ilhan Omar (D., Minn.) (the latter of whom called U.S. sanctions “criminal” in March) to roles specifically connected to the Iran nuclear deal on President Obama’s National Security Council. During the negotiation of that deal, Parsi visited the White House a striking 33 times, which RealClearInvestigations senior writer Mark Hemingway argued made NIAC “an integral part of the fabled ‘echo chamber’ of media messaging” that allowed the White House to misrepresent and manipulate public debate in ways favorable to the Iran nuclear deal.

It is undeniably plausible that NIAC is “conducting lobbying and public-relations activities in coordination with or on behalf of the Islamic Republic of Iran,” as Senators Braun, Cotton, and Cruz warned in January. The American people deserve to know if NIAC is being illegally used by an Iranian regime that routinely wishes “death to America” and funds terrorism throughout the globe to advance policies favorable to its interests. Attorney General Barr, therefore, should act promptly in honoring the senators’ request for a federal investigation of NIAC’s activities and funding sources.

Stevenson: Iranian Regime Is the Godfather of Terror