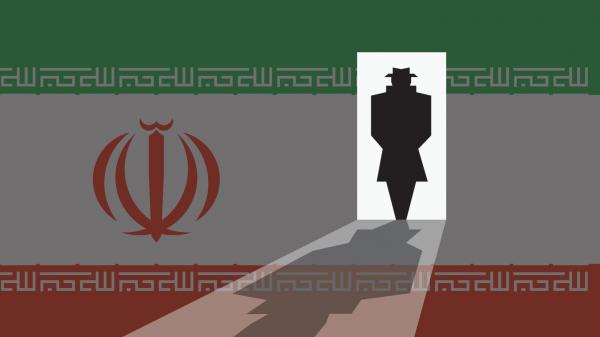 The Security and Counterterrorism of the National Council of Resistance of Iran publishes the attached letter by Farid Shah Karami, dated November 13, 2019, detailing his contacts with an agent of the Ministry of Intelligence and Security (MOIS) named Danial Kasra’i, to draw attention to the schemes pursued by the Iranian Regime’s Ministry of Intelligence and Security (MOIS) against the People’s Mojahedin Organization of Iran (PMOI/MEK).

On November 12, 2019, Iran Efshagar website published a letter by Farid Shah Karami, 26, who had apologized and expressed regret for his contacts with MOIS agents in Albania. (See here). He had explained how the MOIS had used Danial Kasra’i to deceive him to participate in a television program alongside another MOIS operative, Rahman Mohammadian (a former POW in the eight-year Iran-Iraq war).

Introducing himself as a journalist, Kasra’i had previously been employed as a reporter by the Iranian state-owned television, Press TV in Rome. The MOIS sent him from Italy to Albania simultaneous with the relocation of the final groups of MEK members from Iraq to Albania. He was assigned, among other things, to recruit individuals to pose as “former MEK members,” to engage in a campaign of demonization against the organization, and to collect intelligence for terrorist operations. To this end, he came in contact with another MOIS agent in Albania, named Ehsan Bidi. Some time ago, MOIS websites reported the arrest of Bidi in Albania.

To lure his victims, Kasra’i introduced himself as a reporter for the Albanian Television Channel, TV KALAN, from which he claimed to be receiving a monthly salary of 7,000 Euros. On other occasions, he would say that he was a policeman. On August 20, 2019, he deceived Shah Karami, using the pretext of requesting to see his relatives, and drove him to the gate of Ashraf-3 to collect the needed information. On several previous occasions, Kasra’i had gone to the local people and cafés in the vicinity of Ashaf-3 to gather intelligence.

Ultimately, Kasra’i convinced Shah Karami to participate in a television program and lash out at the MEK. The program was broadcast four months later, containing remarks which Shah Karami had never made during the original interview. When Shah Karami confronted Kasra’i, the latter promised to offer him monetary assistance.

Dispatching spies and mercenaries to Ashraf-3 by using the pretext of journalism or family visits is one of the thinly-veiled espionage and terrorist tactics employed by the MOIS.

On October 23, 2019, the Albanian Police Chief held a press conference on the discovery of an espionage and terrorist network active against the MEK that was being directed from Tehran by the IRGC’s terrorist Quds Force. One of its agents, Alireza Naghashzadeh, carrying an Austrian

passport, had posed as a “former MEK member” and travelled to Albania on the pretext of visiting his mother

At the same time, another Quds Force operative, Abdolkhalegh Malekzadeh was in constant contact with Abdulselam Turgut, a professional criminal in Turkey.

Earlier, on April 9, 2018, Albanian Prime Minister Edi Rama had exposed an MOIS terrorist plot against the MEK’s Nowruz celebration. Previous to that, the Albanian media had reported the arrest of two Iranian agents posing as journalists, detained while engaging in photography for their plot.

Text of the letter by Farid Shah Karami

The terrorist Quds force and the Ministry of Intelligence and Security (MOIS) are attempting to dispatch their undercover and undisclosed agents to Albania, in addition to agents currently acting as “former members of the MEK”, for demonization and espionage activities in a bid to prepare the grounds for terrorist operations against the MEK. One such agent is Dania Kasra’i who was recruited by the MOIS in Rome, Italy, in 2015 to act against the MEK. He has been working with the regime’s embassy in Rome since then under the cover of Press TV reporter. He was dispatched to Albania in 2015 to collect information about the MEK and engage in demonization campaign. He is in contact with Ehsan Bidi, another MOIS agent, in Tirana for their missions against the MEK.

It was about four months ago that I was in a café called Selita with my Albanian friends and I received a phone call. I spoke in Farsi on the telephone and when I finished a young man of about 27-year-old approached me and started speaking to me in Farsi and asked me if I was Iranian. He described himself as an Italian who works and lives in Albania. I later found out that his name was Danial. We became friends from then. During this time, he was trying to become friendlier with me and, therefore, would sometimes let me drive his car or on many occasions paid the bills in café or restaurants. He often made contradictory remarks, for instance once said that he was a policeman and on another occasion told me that he was a journalist and working for TV Kalan and was being paid about 7,000 Euros monthly.  His way of spending money appeared strange to me.

He often tried get me to talk and he would not talk much himself. Once he encouraged me to go to Ashraf-3 and he accompanied me in his own car.

He later offered me to have an interview and told me that he would arrange it with the TV KALAN in order to put more pressure on the organization (MEK). I was against it in the beginning but he tried to minimize it and told me not to worry, nothing will happen. Even when I said that the regime would take advantage of this and the MEK would sever its contacts with me and their funds to me would be stopped, he said it does not matter and he would follow my case with the TV KALAN and would support me. He lured me to have the interview where I spoke about my problems. It was planned that the interview would be broadcast within a week. I asked him to do this without mentioning the name and showing images. But, I do not know why it was not broadcast and when I asked about it he said that it was cancelled. I really thought that it was indeed the end of it and did follow it up any more.

Once, to my utter surprise, I saw him in my house together with a well-known agent of the MOIS called Hadi Sani Khani, who works with the regime’s embassy in Albania. I complained to him as to why he had brought Hadi Sani Khani to my house but he downplayed it and told me that he was a policeman and he had come to help us with protection and security. He had told the same thing to my landlord. I suddenly found out that four months after my interview it was used without my knowledge in a disgusting program all against the MEK and I was misrepresented. Along my interview, some remarks, which I had already heard many times from the MOIS about the MEK were also broadcast.

For instance, I was quoted as saying that the MEK brainwashes the youths whereas I had never said such a thing because I had been with the MEK for many years and it was not true about me or anyone else and was absolutely false. These remarks were all fabricated by the MOIS to demonize

the MEK. Once I learned about the broadcast of my interview I contacted Danial Kasra’i and complained to him and asked him why he acted against his words and agreement with me. He again refused giving me a straight answer and told me not to be worried, adding that if the MEK its relations with me and stopped giving me financial help, he would personally follow up and get it sorted and asked me to give him two days but practically he never responded.

Because I had trusted him and looked at the issue in the context of friendship and as a routine matter, I was deceived by him, whereas he had a specific plan to take advantage of me for an MOIS campaign of demonization against the MEK. I once heard from Hadi Sani about Daniel that he mission is to get close to people who have recently left the ranks of the Resistance and are leading their normal lives. I now know that … why he did not broadcast my interview at the times. It was well-calculated. He wanted to use my name alongside a notorious agent, Rahman Mohammadian, who is paid by the Iranian embassy to take part in interviews. I have never been opposed to the MEK. In this way, I condemn and express my repugnance toward this despicable and vicious ploy which is meant to whitewash the tainted hands of the regime. [These types of actions] set the stage for the clerical regime’s terrorism against the MEK and the suppression of the Iranian people. I continue to consider myself to be a supporter of the MEK and the blood-soaked resistance of the Iranian people.

Javad Firoozmand, An agent of Iranian regime in France, disguised as a refugee