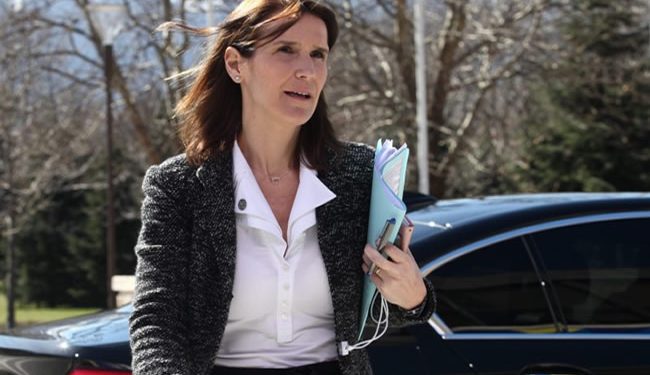 Belgian Foreign Minister: “Conviction of Iranian diplomat and case of Djalali are separate”

For Belgium, the conviction of the Iranian diplomat Assadollah Assadi by a criminal court in Antwerp and the death sentence pronounced by the Iranian regime against the Iranian-Swedish doctor Ahmadreza Djalali are separate issues, Minister of Foreign Affairs Sophie Wilmès said at a parliamentary committee hearing on Foreign Affairs on Tuesday, March 2.

Assadi and three other terrorists and agents of the Iranian Intelligence Ministry (MOIS) were convicted last month for plotting to bomb the annual event of the National Council of Resistance of Iran (NCRI) in Paris in 2018. Assadi, their leader, has been sentenced to 20 years imprisonment.

After the conviction of Assadi, concerns rose about the fate of Djalali, a lecturer at the Brussels Free University, who has been taken hostage by the Iranian regime during a visit to Iran. The regime linked both files and threatened to execute Djalali late last year to pressurize Belgian authorities to release Assadi. After the court ruling of February 4, Tehran summoned the Belgian ambassador and expressed dissatisfaction.

Minister Wilmès said during the Foreign Affairs Committee on Tuesday that “for Belgium, these are two completely separate cases.” Previously, Minister of Justice Vincent Van Quickenborne had already emphasized that the conviction of Assadi and the case of Ahmadreza Djalali have nothing to do with each other.

“But that, of course, does not diminish our concern for Mr. Djalali’s fate,” said Wilmès, pointing to the “worrying reports” about the doctor’s health. “Belgium is always against the death penalty, I was able to emphasize that in a conversation with my Iranian counterpart Javad Zarif three months ago.” Despite difficult relations, Belgium must continue to be able to express its views on issues such as the international nuclear deal (JCPOA), Iranian regional policy, and the human rights situation in the country in its bilateral talks with the Iranian regime, Wilmès said.

During the meeting, several MPs pointed out that Belgium is doing the right thing in not responding to Iranian threats.

“It is good that there has been no exchange of prisoners,” said committee chairman Els Van Hoof. “That also confirms how Iran treats arrested suspects. We should not facilitate that.”

Els van Hoof also reminded that according to the judge, the four terrorists are guilty of attempted terrorist murder and participation in the activities of a terrorist organization. According to the court, the Iranian diplomat brought the bomb in a diplomatic suitcase on a commercial flight to Europe. In Europe, the bomb was handed over to MOIS agents Amir Saadouni and Nasimeh Naami.

“Also, according to the prosecutor, there was also a clear link with Iran. For example, the explosive is made and tested in Iran. The court considers the suspects to be a terrorist group within the MOIS. They have been summoned several times to travel to Tehran and were engaged in gathering information, finding targets, and organizing effective attacks on events. In addition, according to the ruling, the Iranian regime has never distanced itself from the attack,” Els van Hoof said.

U.N. condemns up to 23 killings in Iran’s border area with Pakistan