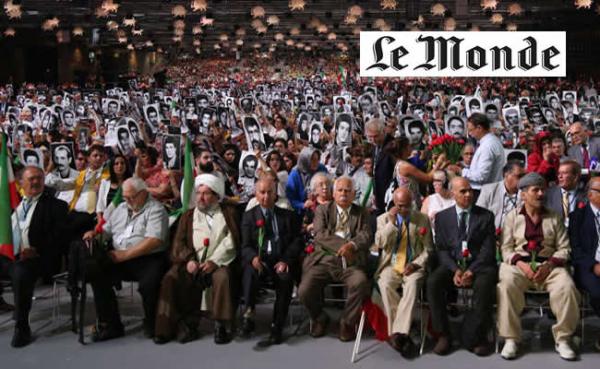 On June 30, 2018, a sophisticated bomb should have exploded during a meeting of the National Council of Resistance of Iran, a coalition of movements opposed to the authorities in Tehran. The plan for the attack was foiled in extremis.

Belgian experts are categorical: the shock wave caused by the bomb could have extended over a hundred meters, claiming numerous victims and creating a potentially fatal panic movement given the number of people present. The device, based on acetone peroxide (or TATP) and remotely controlled, should have exploded on June 30, 2018 in Villepinte (Seine-Saint-Denis), during a meeting of the National Council of Resistance of Iran (NCRI), a coalition of which the People’s Mojahedin Organization of Iran (PMOI/MEK) is the best-known component.

The attack was foiled in extremis, in Brussels, the day the bomb was to be delivered to France. When the army deminers carefully detonated their robot, their robot was destroyed and a policeman was injured: the device was “sophisticated, a professional’s job“, specialists concluded.

European intelligence services – and more than likely the Israeli Mossad – had discovered the project fomented by four Iranians, who will be tried at the end of November, in Antwerp. The Belgian justice has, in fact, completed its investigation and its results are in line with the conclusions of the State Security: on February 20, Jaak Raas, head of the intelligence service, wrote to the federal prosecutor that “the project for the attack was conceived on behalf of Iran, and under its leadership; it was not a personal initiative of Assadi. ”

Assadolah Assadi is the central figure in this case. This 49-year-old man was a diplomat in Iraq from 2003 to 2008, before being appointed third secretary at the Iranian embassy in Vienna, in 2014. According to the State Security, he mainly acted on behalf of the “Department 312”, a service of the Ministry of Intelligence and Security (MOIS) which appears on the list of organizations classified as terrorist by the European Union.

During his military training, Mr. Assadi was notably introduced to the manufacture of explosives and his main task was to collect information on Iranian opponents, in liaison with the foreign ministry.

According to the investigation carried out in Antwerp, Assadolah Assadi would have prepared for a year the planned attack in France. In fact, his presence was noted in 2017 in Villepinte, Auvers-sur-Oise – the headquarters of the NCRI – and near the hotels where dignitaries were to lodge. In 2018, the meeting was to bring together Ingrid Betancourt, former candidate for the presidency of Colombia, Yves Bonnet, former chief of the French DST (Directorate of Territorial Surveillance), Sid Ahmed Ghozali, former Algerian Prime Minister, Rudy Giuliani , former mayor of New York and lawyer for Donald Trump, Newt Gingrich, former Republican speaker of the United States House of Representatives, and Bill Richardson, former American ambassador to the United Nations.

Several European parliamentarians and Louis Freeh, a former chief of the American Federal Bureau of Investigation (FBI), were also announced. A total of twenty personalities have become civil parties and will be represented at the trial by Belgian lawyers Georges-Henri Beauthier and Rik Vanreusel, as well as by the French William Bourdon.

In 2018, authorities in Tehran rejected any involvement in the planned attack, citing an operation orchestrated by the opposition and promising explanations – which never came. Apparently convinced of the direct responsibility of the Islamic Republic, Paris froze, in October 2018, the assets of Iranian deputy minister of intelligence, Saeid Hashemi Moghadam.

During his preventive detention, Assadolah Assadi refused to collaborate with the Belgian justice, but he threatened reprisals. On March 9, 2019, he informed the director of Beveren prison that he wished to meet with an investigator. He would tell him that if he was convicted, “armed groups” were ready to act against police officers, witnesses or PMOI supporters.

The file on which the prosecution will rely seems, in any case, very heavy. It identifies the meticulous organization of the project, the many trips of the person concerned to Iran, the large sums of money he has mobilized, the meetings he held with his accomplices in several cities including, in the end, Luxembourg… It was in a pizzeria in the capital of the Grand Duchy that he was going to hand over explosives to Amir Saadouni and Nasimeh Naami on June 28, 2018.

The couple, living near Antwerp, were arrested the next day. In his Mercedes, the police would discover, in addition to 500 grams of TATP and three cell phones, a sum of 35,000 euros. Unlike the main protagonist in the case, Amir Saadouni spoke a lot to investigators. He told them that he had worked with Assadi since 2007 and had visited Iran at his request. With his partner, however, he tried to minimize his role. Both said they believed they were transporting materials for a fireworks display and spoke of risks to relatives in Iran if they disobeyed. “It is very doubtful, it is not necessary to pay more than 100,000 euros to people whom you threaten with violence against their families”, underline the lawyers of the civil parties.

A fourth individual, Mehrad Arefani, will go before the court. He was arrested in Villepinte and extradited to Belgium. He denied that he knew Assadi but, according to the prosecution, the two were in constant contact, with Arefani tasked with collecting information on members of the NCRI.

French diplomacy wants to be discreet

The Belgian authorities have, from the start, been very discreet about their investigations, which have led to indictments for participation in a terrorist organization and attempted murder. Justice worked very discreetly with calls to silence for all parties involved. It confirms today that the trial will be conducted in a few hearings, as if it to limiting its impact.

No question, therefore, of evoking too long the activity of Iranian services in Europe, yet deemed “intolerable” by the Twenty-Seven, in February 2019, after a series of acts that took place in Germany, Denmark, the Netherlands, and Albania. French diplomacy also wants to be discreet. It is convinced that the Franco-Iranian researcher Fariba Adelkhah, arrested in June 2019 in Iran and sentenced, in May 2020, to five years in prison for “propaganda” and undermining national security, paid for the arrest of Assadi. Tehran apparently hoped to trade her for this one. The anthropologist was temporarily released on Saturday (October 3) and remains in Iran under the control by means of an electronic bracelet.

Ms Adelkhah’s companion, Roland Marchal, was released in March, while an Iranian engineer Jalal Rohollahnejad, arrested in Nice and facing extradition to the United States, was freed almost simultaneously. 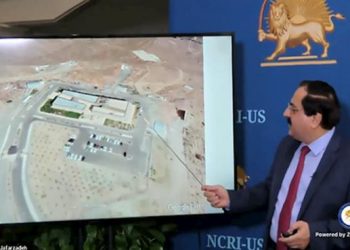 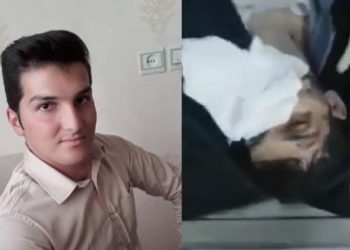 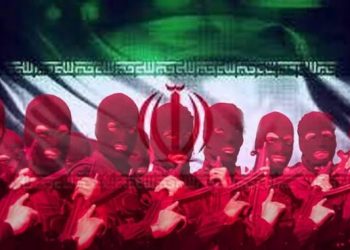