On Tuesday, the Organization of Iranian American Communities-OIAC held a press conference to present the contents of a resolution on Iranian affairs that has been introduced to the House of Representatives with 225 co-sponsors representing both political parties.

H.Res. 118 expresses “support for the Iranian people’s desire for a democratic, secular, and nonnuclear Republic of Iran” and condemns “violations of human rights and state-sponsored terrorism by the Iranian Government.”

The House resolution makes no mention of the Joint Comprehensive Plan of Action, but it does imply agreement with the notion that US policy toward the Iranian regime has been too narrowly focused on the nuclear program and should broaden to include more pressure on matters related to human rights and terrorism.

The resolution begins with references to two nationwide uprisings that have had a major impact on Iran’s domestic affairs over the past three years and some months. The first of these erupted in the final days of 2017 and continued through much of January 2018, featuring provocative anti-government slogans including “down with the dictator” and “down with Rouhani,” referring to the regime’s supreme leader and president, respectively.

This pairing of slogans underscores the protesters’ rejection of both the “hardline” and “reformist” faction of mainstream Iranian politics and points to the public endorsement of an entirely different leadership structure drawn from outside the current establishment. Resolution 118 associates that goal with the “ten-point plan” authored by the NCRI’s President-elect, Mrs. Maryam Rajavi. It describes that plan as calling for “the universal right to vote, free elections, and a market economy,” as well as advocating “gender, religious, and ethnic equality, a foreign policy based on peaceful coexistence, and a non-nuclear Iran.”

If that plan was on participants’ minds in the January 2018 uprising, it was endorsed on a substantially larger scale in November 2019 – the time of the second nationwide uprising referenced in the House resolution. Whereas the first uprising encompassed more than 100 cities and towns, the second was reported to involve nearly 200. Both were made more noteworthy by their broad ethnic, religious, and social representation, with participants including poor, rural communities that were once assumed to be strongholds of political support for the mullahs’ regime.

This challenge to the regime’s image of political security may have been a major contributing factor in the severity of that regime’s response, especially to the second uprising. As the resolution notes, roughly 1,500 Iranians are estimated to have been killed in a matter of only days in November 2019. The NCRI itself was the first to provide this estimate, which was later corroborated by Reuters, on the basis of anonymous sources inside Iran’s Interior Ministry. Then, in September 2020, Amnesty International published a report detailing the torture that was still being meted out at that time to participants in the 2019 uprising.

That report was cited alongside two previous House resolutions, with the apparent aim of emphasizing that coordinated action on these matters is both urgent and overdue. One of those prior resolutions was similarly focused on the human rights abuses associated with recent political demonstrations, while the other, H. Res. 4744, passed by the 115th Congress, condemned Tehran’s abuses of dissidents and activists more generally, and focused particular attention on the massacre of 30,000 political prisoners in the summer of 1988.

That incident is widely regarded as the worst crime against humanity to take place in the latter half of the 20th century, yet none of the known or suspected participants in the killings have been held accountable by the international community. Domestically, they have been rewarded, as evidenced by the fact that a leading member of the 1988 “death commissions” is currently the Minister of Justice in Iran.

H. Res. 118 brings renewed attention to this outstanding issue and notes that the death commissions “undertook proceedings in a manner designed to eliminate the regime’s opponents.” Toward that end, the systematic executions were squarely focused on the People’s Mojahedin Organization of Iran (PMOI/MEK), which today is the leading constituent group in the NCRI’s coalition. The group’s survival and leading role in opposing the regime have led in more recent years to the Iranian regime targeting it abroad, sometimes with terror plots that also threatened Western security interests and the lives of Americans and Europeans.

Increasing bi-partisan support for H.RES.118, "Expressing support for the Iranian people's desire for a democratic, secular and nonnuclear Republic of Iran and condemning violations of human rights and state-sponsored terrorism by the Iranian Gov." Co-sponsors have surpassed 220 pic.twitter.com/wjuTfGpqfY

The House resolution calls attention to this fact as well, highlighting the importance of a European counter-terrorism operation in 2018 that led to arrest and ultimately conviction in a Belgian court for four Iranian operatives, including a high-ranking diplomat who had been stationed at the Iranian embassy in Vienna.

The resolution quotes a senior State Department official commenting on that operation by saying it was a prime example of the regime’s broader tendency of using embassies “as cover to plot terrorist attacks.” H. Res. 118, therefore, goes on to say that it was a “positive and important step” when the Albanian government expelled multiple Iranian diplomats in response to news that the regime had also plotted terrorist activities against Iranian dissidents and members of the MEK in Albania.

Finally, the resolution notes that the United States has not been immune to these plots, as evidenced by the fact that two Iranian nationals were arrested there in 2018 for conducting surveillance with the intent of staging attacks on opposition activists. With this in mind, the document specifically condemns “past and present Iranian state-sponsored terrorist attacks against United States citizens and officials,” as well as attacks targeting dissidents and activists throughout the world.

Additionally, the resolution urges the US government to work with allies to “hold Iran accountable for breaching diplomatic privileges, and to call on nations to prevent the malign activities of the Iranian regime’s diplomatic missions, with the goal of closing them down.” This prospective diplomatic isolation is presumably regarded by the resolution’s sponsors as a starting point for more serious pressure on the Iranian regime over matters of human rights and free expression for its citizens.

The resolution concludes by declaring that the US House of Representatives “stands with the people of Iran who are continuing to hold legitimate and peaceful protests against an oppressive and corrupt regime; and recognizes the rights of the Iranian people and their struggle to establish a democratic, secular, and nonnuclear Republic of Iran.” 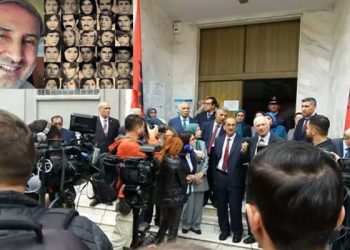 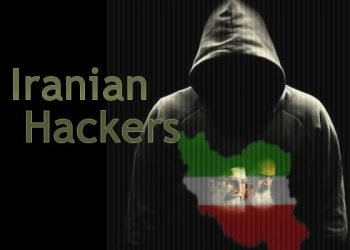 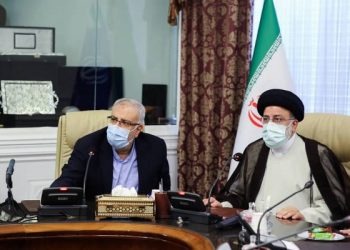