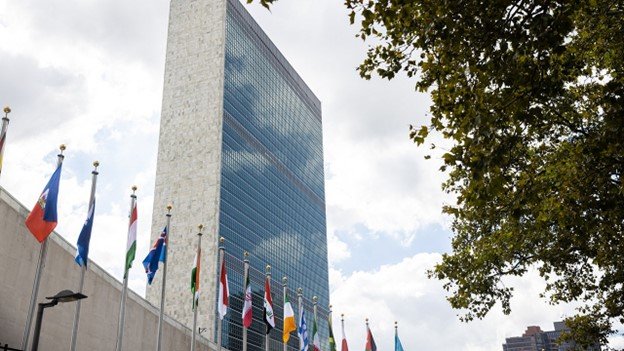 In April this year, Iran began a four-year term in the UN commission on the status of women, until 2026. This created criticism and disdain among women and human rights organizations as the regime in Iran is known to be one of the most evil misogynist states on earth.

The disapproval spread when the country’s nationwide uprising shed more light on the atrocities of Iranian regime against its people, women in particular. One branch of Iranian repressive forces, designed to suppress women, is called the morality police. They stop and even arrest women for not wearing hijab (veil) properly or not abiding by other state dress codes. In mid-September, 22-year-old Masha Amini was detained by morality police. She was obviously beaten up while in custody and died later in hospital of head injuries.

Mahsa’s death, in the hands  of the state security forces, triggered series of ponderous nationwide protests across Iran. Women played a role in leading the protests, which were soon joined by different layers of Iranian society who severely suffered from state despotism, bankrupt economy, lack of welfare …etc.

Different political and human rights personalities have already called for expelling Iranian regime from UN commission on the status of women. Germany’s foreign minister, Annalena Baerbock, has called on the European Union to impose new sanctions on Iran for brutal repression against anti-government protesters in several Iranian cities. She told German newspaper Bild am Sonntag that “Those who beat up women and girls on the street, who abduct, arbitrarily imprison and condemn to death people who want nothing other than to live free — they stand on the wrong side of history.”

International Center for Human Rights (ICHR) strongly condemned the election of Iran as a member of the Commission on the Status of Women, and called on EU member states, the U.N. and Canada, as well as the U.S. to jointly condemn this decision and take serious actions to annul this outrageous and reprehensible act.

The U.S. ambassador to the United Nations, Linda Thomas-Greenfield, said it was not enough to condemn Iran’s “brutal acts of repression and violence” and that “we must back up our words with action.” US Vice President Kamala Harris promised, “The United States will work to remove Iran from the UN Commission on the Status of Women”, In Canada the House of Commons has adopted two motions declaring support for growing calls to remove Iran from the Commission.

“It is not sustainable for a country that continues to so brutally attack the rights of women to belong to a pre-eminent global body dedicated to promoting gender equality and women’s empowerment.” Said Jacinda Ardern, New Zealand Prime Minister, who has  called to expel Iran from UN Women’s Rights Commission. Further, Dutch Senate has called on its government to “support any proposal” to remove the Iranian regime from the UN Women’s Rights Commission.