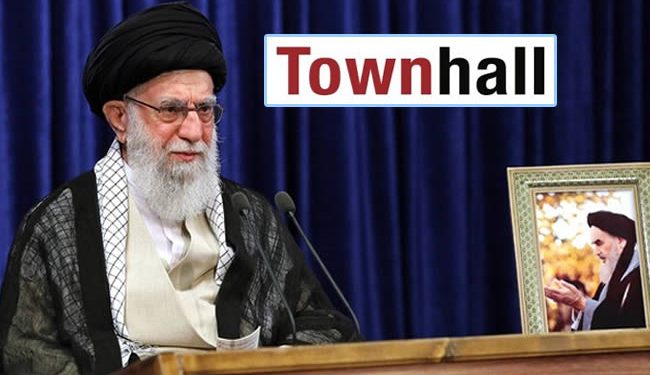 In July, the National Council of Resistance of Iran (NCRI) hosted a three-day conference to discuss the future of the Islamic Republic and the prospects for a change of government facilitated by the domestic activist community. Those prospects already appeared substantial in the wake of the previous month’s boycott of the country’s presidential election, which reportedly caused voter turnout to be the lowest in the four-decade history of the clerical regime.

The boycott inspired NCRI members and supporters to conclude that pressure on the regime had not been seriously alleviated over the past year in spite of the fact that the coronavirus pandemic caused a decline in large-scale public unrest. Prior to the pandemic, Iran was experiencing a virtually unprecedented growth in that unrest, with one nationwide uprising encompassing more than 100 localities in January 2018 and another being nearly twice as large in November 2019.

Both uprisings featured slogans like “death to the dictator” which evoked public support for the goal of regime change. This message was reinforced afterwards by smaller-scale demonstrations and by the boycott not only of the presidential election but also earlier elections for parliament seats and governorships. In each case, “Resistance Units” affiliated with the NCRI’s main constituent group, the Mujahedin-e Khalq (PMOI/MEK), promoted non-participation as a means for Iranian citizens to “vote for regime change.”

The MEK’s influence over those boycotts was clearly an extension of the influence it had demonstrated in the midst of the uprisings. Although regime authorities had long sought to dismiss the democratic opposition as poorly organized and lacking in popular support, this narrative effectively evaporated in 2018 when Supreme Leader Ali Khamenei acknowledged that the MEK had “planned for months” to popularize anti-government slogans and lead protests in every province.

This message was reinforced by Khamenei and others in the context of the subsequent uprising, and even after that movement was suppressed via an extraordinary outpouring of violence, authorities continued to warn about the potential for the MEK to lead further protests and continue expanding its social profile. Such warnings persisted even during the pandemic-related downturn, and have since been proven prescient by new waves of protests.

While many of those protests have been focused on specific grievances such as poverty-level government wages, poor resource management, water shortages, and blackouts, many of them have still featured the demands for regime change that defined the uprisings in 2018 and 2019. Those demands have also been repeated by Resistance Units in the form of public displays that risk arrest for their creators by featuring images of Mrs. Rajavi, or by burning pre-existing public images of the supreme leader.

Behind all of these activities, there appears to be a growing sense that the problems currently facing Iranian society can only be solved through the ouster of the clerical dictatorship. Mrs. Rajavi highlighted this perception in the July conference and concluded that it would be a driving force behind the unprecedented increase of “hostility and enmity between the Iranian regime and society” throughout the year to come.

In offering that prediction, she recognized and praised the very same trends that regime authorities had recognized with a sense of mounting dread. The regime and the Resistance appear to be in agreement about the vulnerability of the clerical dictatorship, though the former is working to conceal it while the latter is working to exploit it. The outcome of this competition may very soon be determined by whether Iran’s foreign adversaries are also able to recognize the same vulnerability, and whether they choose to facilitate Tehran’s concealment or to join the NCRI in adding to pressure on the regime.

Such recognition shouldn’t be difficult to achieve. The Iranian regime’s actions both at home and abroad have frequently betrayed its own vulnerability for all to see. Even the installation of Ebrahim Raisi as president, over the clear objections of the Iranian people, was indicative of just how much the regime felt threatened by the recent growth of unrest.

Raisi’s primary claim to fame is as one of the leading perpetrators of a massacre of 30,000 political prisoners in the summer of 1988, and this legacy of human rights abuses was reinforced during the 2019 uprising, when Raisi oversaw key aspects of the crackdown as head of the judiciary. His ascension to the presidency was characterized by Mrs. Rajavi as an emerging source of the aforementioned “hostility and enmity.” And even before Raisi was inaugurated in August, the growth of unrest lent support to that conclusion.