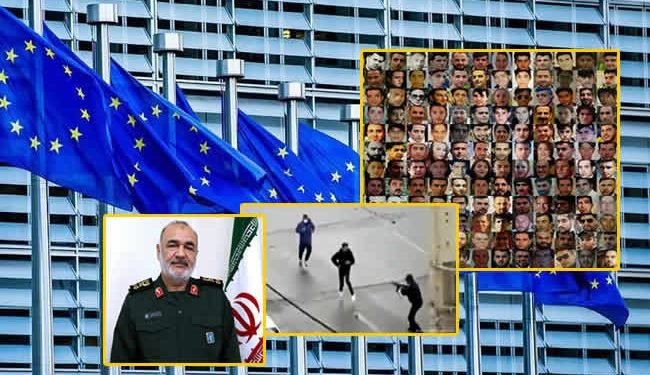 The travel bans and asset freezes are the first EU sanctions on Iran for human rights abuses since 2013, as the bloc had shied away from angering Tehran in the hope of safeguarding a nuclear accord Tehran signed with world powers in 2015.

Their preparation was first reported by Reuters last month.

The bloc, which also hit three Iranian prisons with asset freezes, blacklisted Hossein Salami, head of the Revolutionary Guards, the most powerful and heavily armed security force in the Islamic Republic.

“Hossein Salami took part in the sessions that resulted in the orders to use lethal force to suppress the November 2019 protests. Hossein Salami therefore bears responsibility for serious human rights violations in Iran,” the EU said.

The three prisons sanctioned included two in the Tehran area where the EU said those detained after the 2019 protests were deliberately wounded with boiling water and denied medical treatment.

About 1,500 people were killed during less than two weeks of unrest that started on Nov. 15, 2019, according to a toll provided to Reuters by three Iranian interior ministry officials at the time.

On March 9, the U.N. special rapporteur on the situation of human rights in Iran, Javaid Rehman, presented a report saying Tehran used lethal force during the protests and chided it for failing to conduct a proper investigation or failing to hold anyone accountable.

Other individuals targeted with EU sanctions, which take effect on Monday, include members of Iran’s hardline Basij militia, who are under the command of the Revolutionary Guards, and its head Gholamreza Soleimani.

The eight Iranians were added to an EU sanctions list for human rights abuses in Iran that was first launched in 2011 and which now numbers 89 people and four entities. It includes a ban on exports of equipment that could be used for repression.