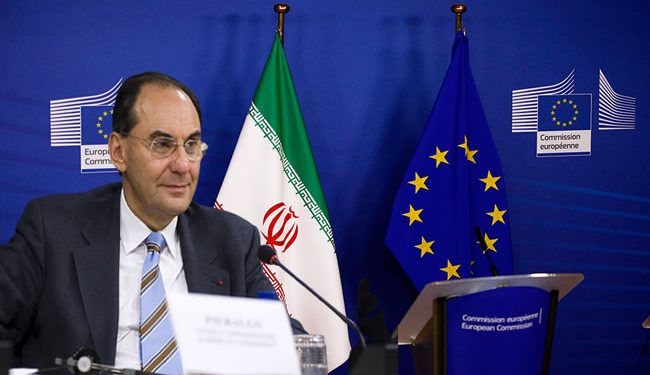 By: Former vice-president of the European Parliament Alejo Vidal-Quadras

Former vice-president of the European Parliament Alejo Vidal-Quadras has written an op-ed praising the European Union for its recent imposition of human rights-related sanctions against eight members of Iran’s paramilitary and security forces but stressed that the bloc must go further.

He wrote: “With its latest sanctions, the EU has at least sent a message that it is no longer willing to turn a blind eye to Iran’s violent repression of dissent, as it was from 2013 onward. But that message needs to be reinforced, both for the regime and for an activist movement that appears to be on the rise again after a long period of relative quiet during the pandemic.”

These sanctions, in response to the crackdown on the November 2019 protests that saw 1,500 protesters killed in the streets, targeted the eight, including the top commander of the Islamic Revolutionary Guard Corps (IRGC) Hossein Salami, with asset freezes and travel restrictions. But Vidal-Quadras said that for them to be truly effective, these sanctions would need to climb the chain of command in Iran.

He then dismissed the fanciful notion that there is any true moderate wing of the regime, saying that the current president is a supposed moderate and that nothing has improved during his eight years in power. In fact, for marginalized groups, much has gotten worse and the regime has consolidated its control over the media.

This created the conditions that led to the November 2019 major protests and the January 2018 one before that and will no doubt lead to the next one, which could overthrow the regime, but the people need the West to increase pressure on the mullahs to break their violent security forces through unpaid wages.

Vidal-Quadras wrote: “Foreign intervention over such human rights abuses is necessary because it is clear that the Iranian regime is not going to hold its own operatives accountable… The absence of such intervention exposes the Iranian people to serious risks since domestic activists are clearly committed to exposing the regime’s crimes, whether or not they are in a position to personally stave off more of the same.”

He argued that if sanctions don’t go further and target higher-ups, then it will make matters worse for Iranians and the world at large as the regime continues to launch terrorist attacks, like those planned for Paris in 2018, and purse nuclear missiles.

Vidal-Quadras wrote: “There is a clear alternative to this negligence. It begins with extending sanctions all the way up to Iran’s chain of command, and it ends only when the ruling system either makes definitive commitments to a change of behaviour or faces overthrow at the hands of a restive population that has been led to believe it will have support from the international community.”