The US appears to be finding little support in the UN Security Council (UNSC) when it comes to extending the arms embargo on Iran, which stems from the Joint Comprehensive Plan of Action (JCPOA) nuclear deal. The embargo is set to expire on Oct. 18.

So what policies could the US pursue to ensure an extension? The JCPOA was designed in a manner that means any one of the deal’s parties (the US, China, Russia, Germany, the UK, France or the EU) can initiate a snapback of sanctions on Iran or extend the arms embargo at any time. UNSC resolution 2231 clarifies any “participant state” in the nuclear agreement has the power to invoke a snapback or extend the embargo if Iran is found to be in “significant non-performance” of the deal.

Therefore, the first option is for the US to make the argument that it is still legalistically part of the nuclear agreement. Although the Trump administration insisted that it had pulled out of the deal in 2018, UNSC resolution 2231 has not yet been amended to reflect this change and it still lists the US as a party to the JCPOA. The State Department issued a legal opinion stating: “As the United States is an original JCPOA participant identified in (the UN resolution), there is a legally available argument we can assert that the United States can initiate the snapback process under UNSCR 2231 by submitting a notification to the Security Council of an issue that the United States believes constitutes significant non-performance.”

Nevertheless, this approach will most likely face a rocky road and significant resistance from other members. EU foreign policy chief Josep Borrell recently insisted: “The United States has withdrawn from the JCPOA, and now they cannot claim that they are still part of the JCPOA in order to deal with this issue from the JCPOA agreement. They withdraw. It’s clear. They withdraw.”

Another more realistic approach would be for the US to pursue diplomacy with the other signatories to the nuclear deal. However, Russia and China are strongly in favor of allowing Iran’s arms embargo to expire. Zhang Jun, the UN ambassador from China confirmed in a UNSC meeting last week that “China opposes the US push for extending the arms embargo on Iran.”

The US must persuade at least one of its old transatlantic partners to extend the embargo due to Iran’s breaches of the JCPOA.

This means that the US must persuade at least one of its old transatlantic partners — Germany, the UK and France — to extend the arms embargo on Iran due to its breaches of the JCPOA.

The Iranian regime is indeed in “significant non-performance” of the nuclear deal. A report from UN nuclear watchdog the International Atomic Energy Agency (IAEA) last month highlighted how Iran is violating all the restrictions of the JCPOA. As of May 20, it had increased its total stockpile of low-enriched uranium from 1.1 tons to 1.73 tons, which is almost eight times more than allowed under the misbegotten JCPOA. According to the terms of the deal, Iran was permitted to keep a stockpile of up to 447 pounds and enrich uranium up to 3.67 percent purity. It has now reached up to 4.5 percent and also possesses far more heavy water than permitted under the nuclear agreement.

The US must make it clear to the European powers that Iran is also violating the nuclear deal by not cooperating with the IAEA. IAEA Director General Rafael Mariano Grossi in March raised serious concerns about possible clandestine nuclear sites in Iran. “The agency identified a number of questions related to possible undeclared nuclear material and nuclear-related activities at three locations in Iran,” he said. The report clarified that the agency “sought access to two of the locations. Iran has not provided access to these locations and has not engaged in substantive discussions to clarify the agency’s questions.”

Washington ought to demonstrate the major negative implications that the lifting of Iran’s arms embargo would have for regional security and stability. The US could seek the assistance of regional powers to diplomatically pressure and convince the European officials. Saudi Arabia’s permanent representative to the UN, Abdallah Al-Mouallimi, has made it clear that extending Iran’s arms embargo would be “the right (and) cautious thing to do, and the minimum response that can be expected from the world community (to Iran’s) actions and activities.”

The Iranian regime has been delivering arms to militias and terror groups across the region. Al-Mouallimi rightly pointed to “the grave violations that Iran has been committing (by supporting) the Houthi militias in Yemen in launching numerous attacks against civilian targets in the Kingdom of Saudi Arabia, contrary to the provisions of Security Council Resolutions 2231 and 2216.”

In short, to extend Iran’s arms embargo, the most effective policy option the US can adopt is to pursue diplomacy with the European powers. 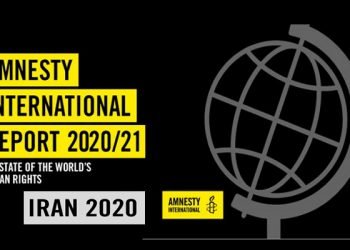 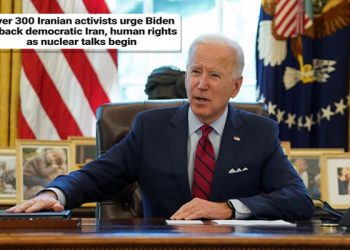 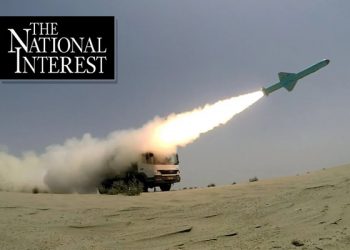