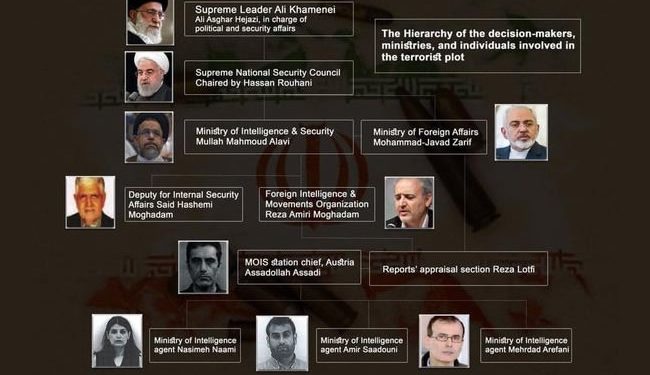 The letter revealed that there were probably operations run by agents in Europe which have become more widely known since the conviction of Assadi, a third counselor at the Iranian embassy in Vienna.

This incident has shown the effort the Iranian regime has made to influence Western media by conducting demonizing campaigns against its main opposition group The National Council of Resistance of Iran (NCRI), and the People’s Mojahedin Organization of Iran (PMOI / MEK Iran).

Bomb attack at an Iranian gathering in Paris

Assadi was prosecuted with three other accomplices for organizing a bomb attack at an international gathering of Iranian expatriates close to Paris that didn’t in fact take place.

The bombing targeted the Iranian Resistance leader, Maryam Rajavi, the President-elect of the National Council of Resistance of Iran (NCRI). If the perpetrators had not been apprehended by European authorities hundreds of deaths could have taken place including many Western political dignitaries who were in attendance at the 2018 event.

They were there to show support for the MEK’s platform of regime change and the installation of a democratic government in Iran.

Growing support for the MEK

The regime was fully aware of the growing support for the MEK and in response, it has tried to discredit it with lies and disinformation.

Now, Sani-Khani’s letter describes some of what has been going on, which has included a mention of agents who have been present in 11 European countries, for many years.

It hasn’t yet been revealed what the agents have been involved in but what is known is that Assadi had himself handed out cash payments to several of his contacts up to his arrest on July 1, 2018.

Recruitment by the Iranian Ministry of Intelligence

When Sani-Khani fled Iran in 2003 he joined the MEK in Iraq until 2016 when he left and was sent to Albania. At the time he left the MEK, he was quickly recruited by the Iranian Ministry of Intelligence and Security.

They used him to raise negative discussion points about the regime. The key organization is Nejat, which has been delegated the responsibility of mounting propaganda against the opposition movement. Some of its agents promote themselves to journalists as being independent experts on Iranian affairs. 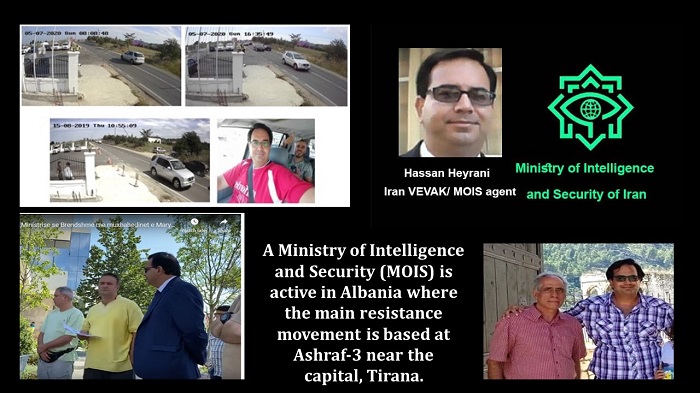 Propaganda against the MEK

Among these agents are Ebrahim Khodabandeh’s brother, Massoud, and Massoud’s wife Anne Singleton. Sani-Khani’s letter named Khodabandeh and Singleton as playing key roles in linking reporters to Iranian agents in Albania who have been brainwashed into passing misinformation about the MEK.

Some British and German media have disseminated false information about the MEK saying it was just a cult but once the truth was revealed they were told to withdraw their inaccurate statements about the MEK.

A year full of uprisings

Overall, despite media comments, the MEK has been growing its support over the last few years and signs of popular support have continued to grow after Maryam Rajavi issued a statement calling for activists to make 2018 a “year full of uprisings.”

The response to that appeal it seems helped to fuel the regime’s backlash, which ended in the thwarted bombing of the 2018 Free Iran rally, which had been organized by the MEK’s parent coalition, the National Council of Resistance of Iran.

The growth and role of Iranian terrorist and intelligence networks should be putting a red alert out to the European and US policymakers. They should be taking more assertive actions against the regime to stop the spread of terrorism.