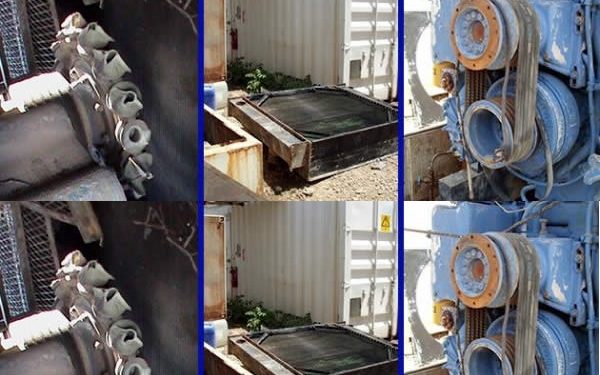 Call for ending the antihuman siege on Liberty

The siege and antihuman restrictions imposed on Camp Liberty, the heat wave in Iraq in the recent days that is among the hottest places on earth, has the Liberty residents face excruciating conditions and several fold problems.

One of the problems with the worn out electric generators is that they have been designed for at the most 40 degrees centigrade temperature and heat of 50 degrees reduces their output to at most 45%. In recent days, the principal parts of three generators have been damaged and are no longer functional. The load on these three generators has to be made up by the remaining operating generators that make them even more prone to breakdowns. The radiators and peripheral instruments of these generators are extremely worn out and residents are facing their daily breakdown. The repair of generators needs spare parts that the Iraqi forces prevent from getting to the camp. This in turn leads to further breakdowns of the electric generators resulting in a serious electricity crisis in the camp (pictures of some generators are attached).

All functions of the camp such as cooling, heating, kitchen, bakery, foodstuff storages, black water pumps, lighting and the water systems are all dependent on the generators. The reduction of generated electricity has led to the breakdown of cooling systems and foodstuff storages. These cooling systems need Freon gas and spare parts, but the Iraqi forces prevent entry of spare parts and contracted repairmen.

It is two days now that the only trash truck of the camp has broken down because of too much work load and that it cannot be repaired. The Iraqi intelligence prevents transfer of trash with another vehicle. The trash is piling up in the camp and is producing unsanitary conditions that would lead to the break out of infectious diseases.

The abovementioned restrictions are only part of the antihuman siege and egregious breach of humanitarian and human rights standards that have been implemented against camp’s residents in the past four years by Faleh Fayyaz. These measures are severe breach of the Memorandum of Understanding between the Iraqi government and the United Nations , as well as violation of many international covenants, whose perpetrators must be held accountable.

The Iran ian Resistance calls on the United Nations and the U.S. government that have repeatedly and in writing committed themselves to the wellbeing and security of Camp Liberty residents, as well as the European Union and all its member states, to take urgent action to end the antihuman siege of Camp Liberty.

Iran Probe: Camp Liberty residents are the members ot the PMOI / MEK, The main opposotion to the Iranian regime