The campaign of dissemination of lies against the People’s Mojahedin Organization of Iran (PMOI), and especially Ashraf and Liberty residents, is a considered key tool for the Iranian regime to justify its attacks against these Iranian dissidents. This campaign is specifically designed and plotted by the Iranian regime’s Ministry of Intelligence (MOIS) to influence Western governments, especially the United States, along with international organizations including the United Nations, UNAMI and the UNHCR.
Of course, this campaign is normally pursued not directly by the Iranian regime itself, but by its lobbies and Tehran’s indirect elements that enjoy vast financial resources, and individuals who used to be in Ashraf and Liberty and are now hired by the Iranian regime’s VEVAK / MOIS.

The Iranian regime’s lobby acts so skillfully in this regard that even various UNAMI reports have mentioned that the Camp Liberty leadership is preventing the residents’ freedom of movement, whereas UNAMI monitors are visiting Camp Liberty on a daily basis and they have seen for themselves that each day no more than a few patients or sewage trucks drivers are allowed out of the camp, and it has been nearly 4 years since the residents have been living under illegal detention conditions.
The Iranian regime deceitfully depicts an image as if Liberty residents and their leadership are two separate issues, and the residents are constantly under pressure imposed by the leadership, and the residents don’t enjoy freedom of movement and are under physical/psychological pressure from the PMOI / MEK leadership. This lie has been fabricated for the sole purpose of legitimizing the Iraqi forces’ military intervention and repressive measures. This is a known tactic used frequently by the Iranian regime.
It is worth noting that following the July 2009 attack on Ashraf that left 11 residents killed and over 500 others injured, former Iraqi Prime Minister Nouri al Maliki sought to justify the attack by saying his forces intended to simply establish a police station inside Ashraf:

“The purpose of having a police station is that some of these people in the camp want to return to Iran, or travel to any country in the world, but the organization and organization leadership are preventing them from doing so. Some of the residents are seeking amnesty and a return to Iran, but they don’t allow them… that are why we wanted to establish a police station there.”
Therefore, pay close attention that this massacre took place with a completely humanitarian objective!

The Iranian regime profits most from those who introduce themselves as former PMOI / MEK members. The false nature of these individuals’ remarks and arguments against the PMOI / MEK, Ashraf and Liberty has been proven time and again. For example, the Iranian regime intended to file a case against the PMOI / MEK citing the remarks and arguments of such individual in Germany. However, after receiving the testimony of these individuals regarding the PMOI / MEK and the activities of their supporters, the Germany’s prosecutor office in 1998 reached a conclusion that these sources are not reliable, and therefore closed the court case.
Another more vivid example is an investigative court file launched in France as a result of a political deal between France and the Iranian regime back in 2003. To this end many PMOI / MEK and NCRI members were arrested of this fabricated court case. Individuals recruited by the Iranian regime testified against the PMOI / MEK in this court case many before the investigate judge. However, after probing for 10 years, investigative judges in May 2011 declared the charges of terrorism and financial aid to terrorists – on which “former members” had testified about – were dropped and announced baseless. This case, too, was closed for good.
In yet another step, Pentagon officials in December 2012 published a joint report with the US Library of Congress on Iran’s VEVAK / MOIS and its actions in various countries. This documentary report presents an in-depth review and facts emphasizing on how the VEVAK / MOIS recruits former PMOI / MEK members for psychological warfare and a campaign aimed at demonizing the PMOI / MEK. This report goes as far as naming a number of such VEVAK / MOIS recruits.

Two Unreliable References
One of these references is focused on the non-democratic lifestyle amongst the residents in Ashraf. Back in May 2005, on the verge of the 2005 presidential elections in Iran, Human Rights Watch published a report on Ashraf entitled “No Exit”. The writer of this report was an Iranian by the name of Hadi Ghaemi, known as a leading advocate of coexistence with the Iranian regime. After leaving the HRW, he became a stark opponent of delisting the PMOI / MEK from black lists on both sides of the Atlantic. The mentioned report was a scandal considering the standards of professional investigations, based on merely 12 hours of phone interviews with 12 individuals who only “introduced” themselves as former PMOI / MEK members. In an undemocratic and biased manner, only these individuals were interviewed and HRW didn’t bother to call the PMOI / MEK, the NCRI nor Ashraf residents, and in the end it published a completely lopsided report. This led to various fact-finding missions to travel to Ashraf and examine up close the claims raised in this report. Following their full investigations and talks with hundreds of residents in Ashraf, all these delegations reached the conclusion that the HRW claims were completely baseless. A European Parliament delegation led by Paolo Casaca travelled to Ashraf in 2005 and afterwards published a report in a book printed in English, French, German and Swedish, proving with certain facts that all the issues raised by HRW were received from the Iranian regime and its hired elements aimed at demonizing the PMOI / MEK, and not even one word of it was true.

Another reference published in July 2009 by the Rand Association was a report entitled “The Mujahedin-e- Khalq: A Policy Conundrum” focusing on Ashraf and the PMOI / MEK. This is one of the sources of the false allegations against the PMOI / MEK and Ashraf residents. Of course, if anyone reads this report carefully, they will come to realize that those who ordered this report were pursuing a very obvious objective: legitimizing the illegal act of transferring Ashraf residents’ protection to the Iraqi government, dodging a bilateral agreement and not taking into consideration international commitments regarding Ashraf residents’ protection. Therefore, taking into notice the fact that this transfer of protection and skirting a bilateral agreement is a completely immoral act, it needed a moral pretext. The simple formula is to demonize them to not be held accountable for their deaths.’

To correctly evaluate the actions of hired individuals and reach a proper conclusion, we have to understand that these elements can be divided into two segments. The first group is those who left Ashraf and entered a US military facility next to Ashraf known as the Temporary Internment and Protection Facility (TIPF) and their actions against the PMOI / MEK and Ashraf residents began when they were in TIPF and after this facility was closed down. And the second group is those who in Camp Liberty either went to Iraqi forces and were transferred to Baghdad’s Hotel Mohajer, or were introduced to the UNHCR and UNAMI after they said that could no longer tolerate conditions in Liberty, so they could go on with their lives…

We will shed light on the metamorphosis of some individuals transforming into agents hired by the regime, in order to gain an understanding and also expose the Iranian regime’s tactics and methods.

Exposing some of VEVAK / MOIS Agents: 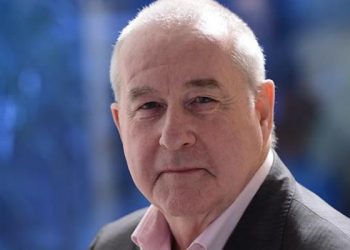