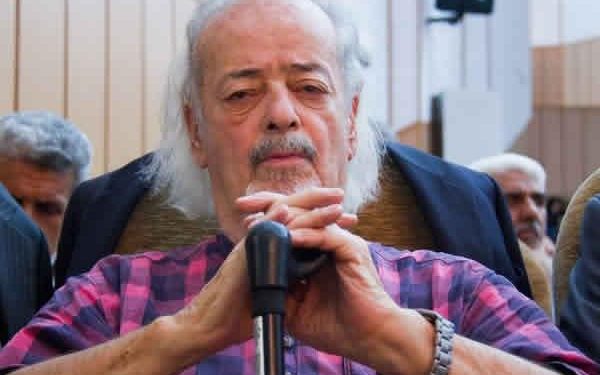 Dr. Mohammad Malaki, a human rights advocate and first dean of Tehran University after the 1979 revolution in Iran, in an recent interview with al-Arabiya.net from Tehran condemned the mass execution of 25 Sunni Kurdish activists as a “crime against humanity.”

Malaki criticized the international community’s silence in the face of the dire human rights situation in Iran and believes the current crackdown and suppression will continue as long as the mullahs’ regime rules in Iran. He also expressed hope that the Iranian people will bring to power a democratic and freedom-loving state that respects people’s rights.

Regarding the coincidence of these executions with the 28th anniversary of the 1988 massacre of political prisoners in Iran, and what objectives Tehran is seeking through once again resorting to mass executions, Dr. Malaki said, “Principally, from day one the so-called Islamic republic of Iran has adopted a violent approach vis-à-vis the people. From the very beginning this regime’s perspective regarding senior officials of the former regime and the massacres it launched afterwards, in the name of executing drug addicts and political figures, and then the massacres outside of Iran, the atrocious killings of the 1980s, especially in 1988, and to this day in this latest massacre, the killing of our Sunni Kurdish brothers. In Iran there is principally no legal court. I was personally prosecuted and imprisoned for 5 years from 1981 to 1986. The courts in Iran had no lawyers until then. Then when the lawyers were allowed into the courts, they had appointed individuals in the name of lawyers that were active in covert courts. However, according to their own laws and constitution, political courts – which they dubbed as security courts – must not be covert trials and should include a jury. None of these measures were carried out. Therefore, all the massacres from day one to this day, and to this moment, are all legally void, illegal, can be subject to prosecution and are considered crime against humanity.”

“Principally, all the jailing and accusations raised are illegal and nothing but allegations lacking any real basis. I can swear that these 25 individuals are innocent. Our friends who were their cellmates, and whom I have talked with, say they had no relation with ISIS, terrorism or any such issue. They were all religiously devoted and often held mass prayers. Anyhow, these crimes that this regime will carry out until its very last day in power, are aimed at cementing a climate of fear in the society. Today there is also news of 5 or 6 others also being executed in various areas across the country, parallel to the 25 executed Sunni Kurds,” Dr. Malaki added.

“Unfortunately, these human rights organizations make certain remarks and write letters without ever following up on these issues. I am principally attempting to come in contact with the families of prisoners and those families who have been subjects of cruelty. It makes no difference for me if they are Shiite, Sunni, Christian or Baha’i. From whatever faith you are, when you are the subject of cruelty, I consider it my humane duty, moral duty to defend them with the support of our friends, and raise these issues, and gain worldwide attention in this regard. Unfortunately, [Iranian regime officials] are increasing their measures each day, as if they have a certain hatred again the Iranian people. As written in the Quran, they are seeking to uproot the entire Iranian people. At one glance one can see they are destroying Iran’s environment, waters, agriculture, sea and jungles. They are destroying human beings. As long as the mullahs are in power, I have no hope, unless the global community and Iranian people make a firm decision, and the world rushes to the support of Iranian people and overthrow this regime,” he continued.

In response to a question over the situation regarding domestic protests and also Iran’s relations with regional countries, all under the shadows of the regime’s warmongering intervention, Dr. Maliki said,

“I believe the Iranian people including all the workers, farmers, teachers, college students, bazaar merchants and various groups have come to understand that they are the subject of cruelty. The taxes extracted from them and the money we were demanding are all spent in countries such as Iraq, Yemen and Yemen. I repeat once again that as long as these [mullahs] are in power this situation will continue because the [mullahs’] very existence relies on cementing a climate of fear and terror to terrify the people. On the other hand, I am hopeful because people are growing more and more informed. The very fact that various groups are demonstrating, protesting and standing against the regime, suffer casualties and have people arrested, I hope the Iranian people are successful, as soon as possible, to have a truly democratic and freedom loving state that respects human rights come to power.”

Iran children at the gallows