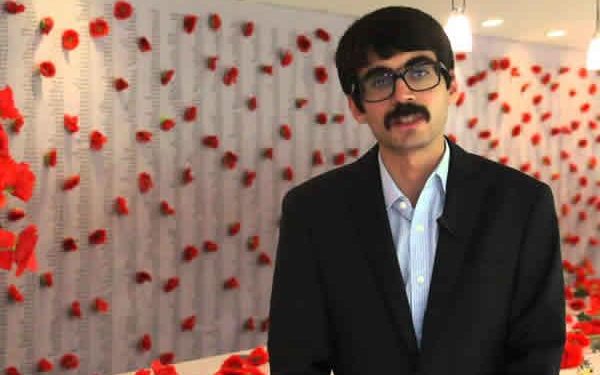 On July 9, I will be joining a large number of my fellow Iranian expatriates and their international supporters at the annual “Free Iran” rally in Paris. The National Council of Resistance of Iran has been hosting such events for over 10 years.

Needless to say, it is a significant international event regarding an important international issue. But for me it is very personal. In spirit, I will be with a much larger crowd. We will be joined by a countless Iranians still living under the thumb of the theocratic regime, who will risk reprisals to watch the proceedings on banned satellite television channels.

How do I know? After this year’s rally, I will have seen the event from both sides of the ideological wall that separates the Islamic Republic from most of the rest of the world. In past years, I was among those Iranians who supported the NCRI and its main constituent group, the People’s Mojahedin Organization of Iran (PMOI or MEK), from a silent place inside the country. I put my safety and freedom at risk, as did many of my colleagues, to carry on the groups’ local activism. I spent five years in jail from 2009 to 2014 and suffered extensive physical and psychological torture for my support for the PMOI.  I fled Iran at the age of 29 last year.

Despite the aggressive repression that I witnessed from the regime, I never lost hope that the system of clerical rule would collapse in time. Images of the NCRI gathering, with some 100,000 Iranians and their international supporters chanting for a |”Free Iran” went a long way toward reinforcing that hope. For us activists, that day was always a special occasion. I even followed the messages of the event in prison.

From the 2009 national protests to the everyday defiance that native Iranians exhibit, it was always clear to me that the overwhelming majority of the population held common cause with the activist network to which I had dedicated my efforts. Meanwhile, the NCRI’s activities abroad made it clear that our exiled leadership was making great strides in securing the types of foreign support that would catapult our cause toward success.

I look forward to being able to contribute to that effort this year. Global policymakers have been steadily waking up to the dire need for regime change in Iran, and now I will be able to personally make that case to an international audience. If I am fortunate, my story and that of other recent escapees from the Islamic Republic will reach the ears of many of the prominent American and European politicians and experts who attend.

In any event, I know the broader message is already clear to them: Moderation by the Iranian government is not a realistic possibility. Freedom and democracy can only be secured through regime change. I am confident that the ranks of those Western supporters will continue to swell as the picture of Iranian repression and regional interference grows ever clearer.

This year’s event will take place almost exactly a year since the conclusion of the nuclear negotiations between Iran and the P5+1. Thus, it will be an opportunity for Western policymakers to evaluate the impact of the Joint Comprehensive Plan of Action and the general strategy of conciliation. Those policymakers attending the event already know that strategy is severely lacking.

Some in the West apparently persist in their optimism about Iran’s prospects under the presidency of Hassan Rouhani. My presence and that of a number of my fellow activists will surely help to drive home the fact that conditions inside Iran have shown no trend toward moderation. Domestic repression and foreign aggression both remain relentless under Rouhani. The former continues to send Iranian dissidents, activists, and artists either to jail or force them out of the country. And the latter contributes to the escalating refugee crisis, thanks to Iran’s unwavering support for Syrian dictator Bashar al-Assad.

I know firsthand how moving the July 9 event will be for Iranian dissidents and activists back home. It is important that governments in the West heed its message. That same message is resonating from Paris and from the silent majority of Iranians back home: “Free Iran.”

Farzad Madadzadeh is a former Iranian political prisoner who was released in 2014 after five years of imprisonment and escaped from Iran in mid-2015.