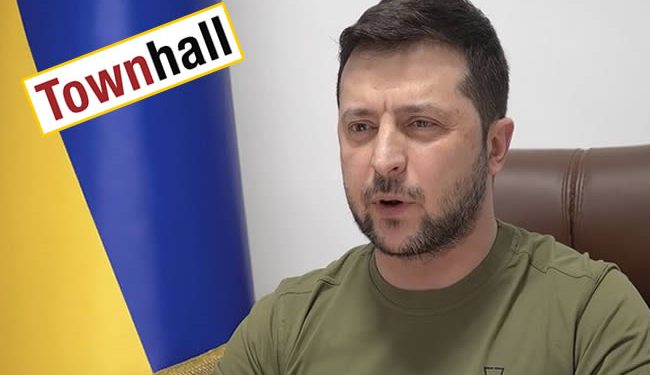 From Kyiv to Tehran, Resistance Has Won a Free Future

by Ali Safavi
Before dawn on February 24, the gentle blue skies of Ukraine were lit up by uninvited missiles. The tranquil yellow wheat fields were plastered with the red of innocent blood.

As the scythe of the Grim Reaper fell down, however, Ukraine’s blue and yellow flag danced defiantly amidst the storm; gracefully adorned by one word: Resistance.

When Russian tanks rolled into Ukraine, millions of besieged inhabitants had a binary decision summed up in two simple words: surrender or resist. History will testify that the moment Ukraine chose resistance was the moment it won its future.

The Iranian people can relate. They, too, have been resisting the tyrannical regime of Iran, and have paid dearly for it, with 120,000 martyrs, and hundreds of thousands of political prisoners and torture victims. But their proud resistance, led by women, has secured a free future for Iran and will treat all its wounds.

Despite 2,500 km of geography separating the two nations, the Ukrainian and Iranian resistances show that, at a fundamental level, human beings yearn for freedom and are willing to pay the ultimate price for it. That is the common bond that unites us all.

The President-elect of the main Iranian opposition National Council of Resistance of Iran (NCRI), Mrs. Maryam Rajavi, has described the Ukrainian people’s fight as “a turning point in reviving the culture of unswerving resistance.”

International figures notice the similarities between Ukrainian and Iranian resistance movements. This week, for example, the Slovenian Prime Minister Janez Janša joined two other European leaders to travel to Kyiv to express support for the Ukrainian resistance. He said Ukraine is defending the ‘real’ European values. And last year, Mr. Janša spoke at an international gathering of the Iranian Resistance and said the Iranian people’s resistance “should be firmly supported by the international community.” Clearly, fundamental human values are at play here.

When the occupation began, Kyiv and other cities made heartbreaking but necessary sacrifices: A young soldier blew himself up to destroy a bridge to stop the enemy’s advance; a defiant border guard in Snake Island refused to surrender post as the cannons of a warship looked on; women lied down in front of tanks; and teary-eyed parents hugged their children – perhaps for the last time – before rushing to the fronts.

Such images have rekindled a spirit of resistance, long forgotten in European capitals and in Washington, themselves adherents of courageous stands against tyrannical forces.

The Iranian Resistance bleeds with Ukrainian freedom fighters because it shares the same scars. Over 40 years ago, on June 20, 1981, millions of Iranians rejected the ruling Islamic fundamentalists. Many were shot dead. Families were torn apart. The mullahs’ reign of terror began.

On that fateful day, the people of Iran faced the same binary decision that Ukrainians confronted on February 24: surrender or wage resistance for freedom.

History has already testified that the moment the Iranian people chose to resist, they started an honorable ritual that breathed permanent courage in the hearts of millions of Iranians. The message was clear: Instead of letting despair anchor you down, rise up, even if you are alone and empty-handed.

Much like Ukraine, one man inspired a wounded nation. Refusing to surrender to the religious tyranny taking shape in Iran in 1981, the Iranian Resistance’s Leader, Massoud Rajavi, waved the tri-color flag of Iran and shielded that most divine human right, freedom, as the regime brutally massacred democracy activists. “Victory will be ours,” he declared, against all odds, and as tanks and bullets approached.

The Iranian Resistance can perhaps give solace – for what it’s worth – to their Ukrainian sisters and brothers in their darkest hour: As long as a single wounded arm of a lone freedom fighter can muster enough strength to wave the flag of freedom and independence, despite all the odds and the bombs, resistance will live on; freedom will prevail.

Inspired by Rajavi’s call to resist Iran’s inhumane despots, today, millions of Iranians have volunteered to pay the price: A 17-year old girl endured horrifying torture in the regime’s dungeons for carrying Rajavi’s images and speeches, but she refused to even give her name to the torturers; a young mother kissed her own toddler one last time so that future generations can live in peace; and 30,000 supporters of the Mujahedin-e Khalq (MEK) perished in an unbelievable genocide in 1988 because they stood their ground against the evil theocracy.

This is why the regime has already lost the battle for the future. It is scrambling to obtain a nuclear bomb to fend off the people’s spirit of resistance. But weapons are no match for unyielding hearts.

“We’ll not spare either our souls or bodies to get freedom,” it vows.

It is eerily similar to the “Oh Freedom!” anthem of the Iranian people, which says in part: “Oh freedom, shed your bright light on our graves!”

Today, champions of resistance, whether in Kyiv or in Tehran, are echoing Thomas Jefferson’s eternal words: “We are not to expect to be translated from despotism to liberty in a featherbed.” Indeed, the pursuit of liberty that bonds us requires endless sacrifices, the value of which is enshrined in our most cherished anthems.As Jefferson said, “The tree of liberty must be refreshed from time to time with the blood of martyrs and tyrants. It is its natural manor.”

Instead of cheering from the sidelines, in the face of the onslaught from autocrats and theocrats, Washington and European capitals should once again summon their proudest traditions and sing the freedom anthem – in unison, and as piercingly as they can; because the price of surrender is abandoning our universal values of freedom, and with it, the future of democracy.

“And before I’d be a slave

I’d be buried in my grave

And go home to my Lord and be free Albania is deeply concerned about human rights abuses in Iran