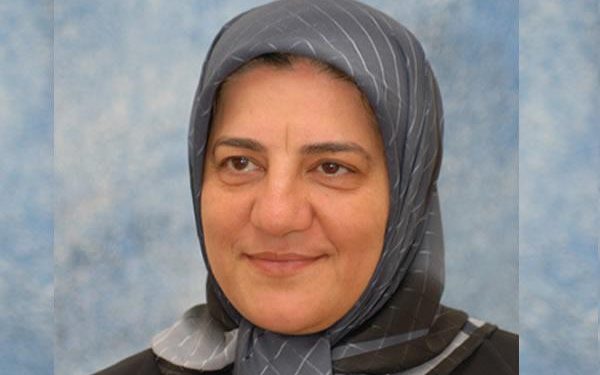 Ms. Hengameh Haj Hassan was arrested in city of Tehran, capital of Iran, back in the fall of 1981 for her support of the Iranian opposition movement People’s Mojahedin Organization of Iran (PMOI/MEK). She spent three years under torture in various prisons of the fundamentalist regime ruling Iran. Prior to her arrest she worked as a nurse at Tehran’s Sina Hospital, bravely providing help and support to those tortured and victims of street skirmishes between the PMOI and the Iranian regime’s Revolutionary Guards. After her release Ms. Haj Hassan joined the PMOI in their bases in Iraq parallel to the Iran border. Again she began to provide valuable support as an experienced nurse to help save the lives of Iranian Resistance members.

She has undergone horrific tortures to the brink of death, both personally and that of her cellmates, especially the women. Ms. Haj Hassan has published her memoirs in a book entitled, “Eye to Eye with the Beast”. She has also rewritten chosen sections of her book as separate stories for Iran Probe.

Mr. Struan Stevenson, a former Member of the European Parliament, and the writer of the book, “SELF-SACRIFICE – Life With the Iranian Mojahedin”, held a session in The Hague on 5 March 2016 to introduce his new book. He wrote the following about his acquaintance and interview:

“When I was writing ‘SELF-SACRIFICE – Life With the Iranian Mojahedin’, I spent some time interviewing people who had been imprisoned and tortured because of their support for the PMOI. One woman I interviewed was Hengameh Haj Hassan. She had been a nurse in Tehran in the 1980s when she was arrested and thrown into the notorious Evin Prison. She told me that one night she and her cellmates were awakened by the sound of a lorry tipping a load of gravel in the prison courtyard. It wasn’t gravel. It was the roar of machine guns as dozens of young prisoners were executed. She said that they soon learned to count the sound of the individual gunshots as each prisoner was given the coup de grâce. Some nights she counted hundreds of shots. Hengameh was imprisoned and brutally tortured for supporting the People’s Mojahedin of Iran – the main Opposition to the fascist theocracy. But she was one of the lucky ones who survived. Over 30,000 of her friends and colleagues were executed.”

Update No. 12- Update on the situation of residents of the Hurriya Temporary Transit Location