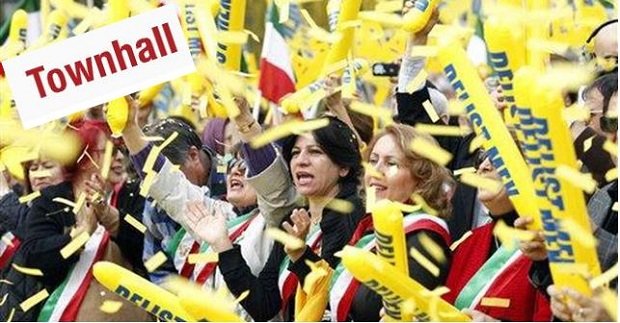 In July, news agencies reported that 20 people had been recruited by the Iranian regime to carry out a large-scale terrorist attack against the annual summit of the main Iranian opposition, which was scheduled to take place in Albania in July. But the story gets even more astounding considering the fact that some of them were interviewed by Western media outlets and branded as legitimate news sources.
According to reports, the Albanian intelligence services and the US had intercepted several coded messages about the terrorist attack against the Free Iran World Summit in late July, which has traditionally attracted hundreds of prominent international personalities, including former heads of state in Europe and the US.
Several suspected terrorist agents of the Iranian regime’s Ministry of Intelligence (MOIS) and the Quds Force were dispatched to Albania to assist the terrorist mission. Four of them were expelled to their countries of origin (Germany and the UK) late July.

Earlier, a special court in Albania interrogated 11 MOIS operatives and searched their homes and belongings in order to prevent more terrorist attacks against the Mujahedin-e Khalq (MEK) and its officials in Albania. The investigations were going on for four years. The court’s order stated that the operatives had been accused of taking money from the Iranian regime’s secret services and the Quds Force in return for providing information about the MEK in Albania, which has its headquarters in Ashraf 3 near the capital Tirana.
The Balkan Web wrote on July 16, that the Special Structure for Combating Corruption and Organized Crime (SPAK) had been conducting investigations for four years about a terrorist cell that intended to attack the MEK in Albania. The arrests and investigations of the espionage and terrorist cell were in connection with the arrest of another mercenary of the regime two years ago.

In another twist, some members of the regime’s espionage ring have turned out to be major sources for credible publications like The New York Times and The Guardian. These sources’ names appear routinely in articles that besmirch and demonize the MEK, often referring to it as “terrorist” and a “cult.” The aim of the regime’s intelligence services is to breed confusion about the MEK in Western policy circles.
In 2020, The New York Times published an article quoting the very individuals who are now under investigation in Albania for being Tehran’s spies. “Inside the group… contact with family is highly restricted, and friendships discouraged,” the Times quoted these individuals as saying, adding, “members have to confess to their commanders any disloyal thoughts they had.”

A BBC article dated November 11, 2019, also parrots the Iranian regime’s misinformation about the MEK. “The movement’s manifesto includes a commitment to human rights, gender equality and participatory democracy for Iran. But Hassan Heyrani does not buy it anymore. Last year he left the MEK, rejecting what he saw as the leadership’s oppressive control of his private life,” it wrote.
On July 15, 2019, The Guardian, in a piece by an Iranian journalist, wrote, “He (Heyrani) worked in a ‘troll farm’ of 1,000 people inside the Albanian camp, posting pro-Rajavi and anti-Iran propaganda in English, Farsi and Arabic on Facebook, Twitter, Telegram and newspaper comment sections.” The article also made the outlandish claim that “extraordinary psychological violence and threats of murder” were directed against those living at Ashraf-3.
On June 9, 2019, The Intercept, while falsely describing Heyrani as a “high ranking defector,” quoted him as saying that because of “the MEK’s cult-like operating principles, the leader of the organization doesn’t allow any person to use their real name because the leader is the first man in the organization, and everything should be under their shadow.”

When on active duty, I served as the commander of the Joint Inter-Agency Task Force, at Forward Operating Base Grizzly at Ashraf Camp, Iraq, and was responsible for the protection of thousands of members of the MEK, in 2008-2009. Even then, I came across the same types of allegations by the so-called former defectors. I personally investigated each of these accusations and found them to be completely false.
As I understand, the recent investigations of the actions of Heyrani and other intelligence operatives of Iran in Albania is just a continuation of the attacks I witnessed in Iraq. Those who want to appease Tehran continue to cast aspersions on the MEK by relying on the Iranian intelligence agents and terrorists.
Responsible reporters in Western media must highlight the incredible injustice in reporting committed by some of their peers regarding the MEK. “Defectors” who act as “sources” for these media outlets are now exposed. The media blitz run by Iran in the West should end, it should end now, or the threat of terrorism abroad will continue to increase.