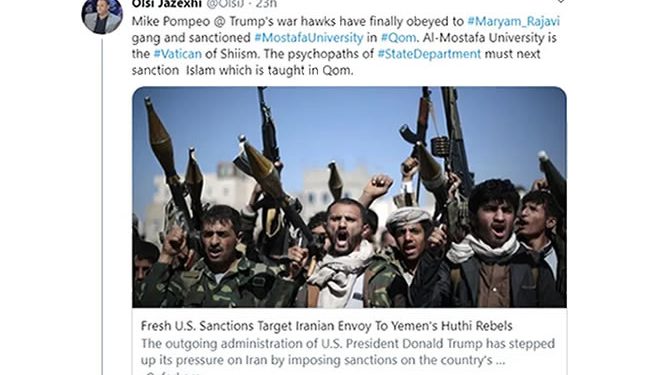 An important event at the beginning of the week contributing to the security of the Balkans as a whole and Albania in particular went largely unnoticed in Albanian media. The U.S. Treasury blacklisted Iran’s Al-Mustafa International University as a terrorist entity on 8 December.  The only person who immediately noticed the designation in Albania was Olsi Jazexhi attacking the U.S State department through his Twitter account. He defended this terrorist entity calling it the “Vatican of Shiism” which clearly is an insult to the Vatican and the Roman Catholic Church.

Olsi Jazexhi who introduces himself in his Twitter account as “an Albanian historian, specialized in the history of Islam, nationalism and modernity” deliberately forgets to mention in his Tweet that he has been trained in the Al-Mustafa International University, at the mercy of the backward Iranian regime, a fact that he admitted in his weblog in the past.

The U.S. Treasury described that Al-Mustafa International University uses its foreign branches as a Quds Force (QF)recruitment platform for intelligence collection and operations. Iranian Quds Force is responsible for extraterritorial operations and terrorism of the regime.

“Iran-based Al-Mustafa International University, which claims branches in over 50 countries, enables IRGC-QF intelligence operations by allowing its student body, which includes large numbers of foreign and American students, to serve as an international recruitment network.

The IRGC-QF uses Al-Mustafa University to develop student exchanges with foreign universities for the purposes of indoctrinating and recruiting foreign sources. Al-Mustafa has facilitated unwitting tourists from western countries to come to Iran, from whom IRGC-QF members sought to collect intelligence.”, the U.S. Treasury statement said.

The Iranian regime expanded its terrorism in Balkans through Al-Mustafa University. This is where we have to be very watchful in Albania. Fortunately, the Albanian government shut down Iranian regime’s Saadi College less than a year ago. Saadi was under umbrella of the Al-Mustafa International University.  In 2016, the Iranian regime’s Balkans-centered efforts came under scrutiny when an Iranian cleric in Kosovo was charged with financing terrorism and money-laundering through a nominally non-governmental organization he operated.  Kosovar authorities claimed that Hasan Azari Bejandi, charged on July 26, 2016, ran five Shi’ite organizations with links to Tehran. The umbrella group for the Iranian regime in Europe, including Kosovo, was affiliated with the Al-Mustafa International University, reported the credible American Thinker for first time.

The U.S. move to highlight the terrorist nature of the Al-Mustafa International University must alert us in Albania about those who have been trained in this place. The Kosovo example reminds us how the Iranian regime has trained some individuals as its radical extremist sleeping cells waiting for instructions or an opportunity to act. Some even might pretend to be “nationalist” or “Modern”. The Albanian media has a crucial role to make Iranian regime’s precarious elements, hiding under various postures, known to the public.

‌by using information distributed by the United States, the Albanian press plays an important role for the Albanian people in exposing the dangerous elements of the Iranian regime who hide under various covers. In a 360-degree debate program last year, Arthur Zheji in a very enlightening and patriotic act that received a lot of attention, showed photos of Olsi Jazexhi secretly participating in another institution in Iran called “New Horizon” which is also considered by the United States as a terrorist organization. Therefore, we now realize the reasons behind his unequivocal support for the Iranian regime and its terrorist and extremist bodies.  With the same token we know the reasons behind his blind attacks against the Iranian democratic opposition, MEK.  Obviously, his words have no value to the Albanian people, and it is a shame to invite him to TV debates giving a chance to promote extremism and brutal Iranian regime, both hazardous to our security.

For further information on the activities of the Al-Mustafa International University, watch the following video clipping: 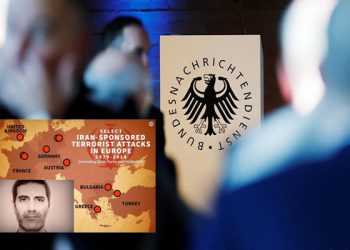 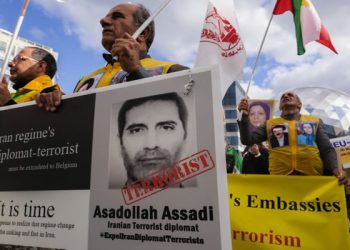 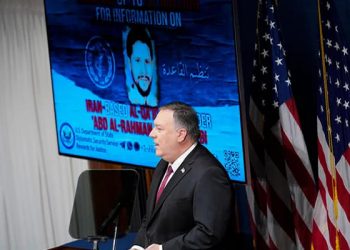