The Iranian regime lives in constant fear of an uprising to overthrow it. Such is its paranoia where opposition groups are concerned it has spent the whole period of its existence, eliminating dissenters.

The approach to any form of opposition shows how insecure this regime has become. But as far as extreme brutality is concerned, it could not be more prevalent than that of the regime’s treatment of dissidents at Evin Prison, where guards use torture to humiliate their captives before executing them.

Through the despicable acts taking place here, the lack of humanity shown by the prison authorities toward all those who speak out against the regime, mirrors the insecurities of the entire state.

Located at the foot of the Alborz mountains in northern Tehran, Evin Prison was originally constructed in 1972, under the reign of Mohammad Reza Pahlavi. It was then operated by his infamous security and intelligence service (SAVAK).

Opponents of the Shah

Thousands of political prisoners were incarcerated there during that period, including many supporters of the Peoples Mojahedin Organisation of Iran (PMOI/MEK), fierce opponents of the Shah, and it was from this point on, its reputation of hell on earth had begun.

With Evin Prison being one of the most notorious prisons in the world, just the mention of its name conjures up emotions of fear and foreboding in the hearts of ordinary Iranian citizens, as it has become synonymous with political repression, mass hangings and torture.

This infamous place is where those entering find themselves at the mercy of brutal prison guards, who at this point in time, operate under the control of the Islamic Republic of Iran’s Secret Service (VAVAK). 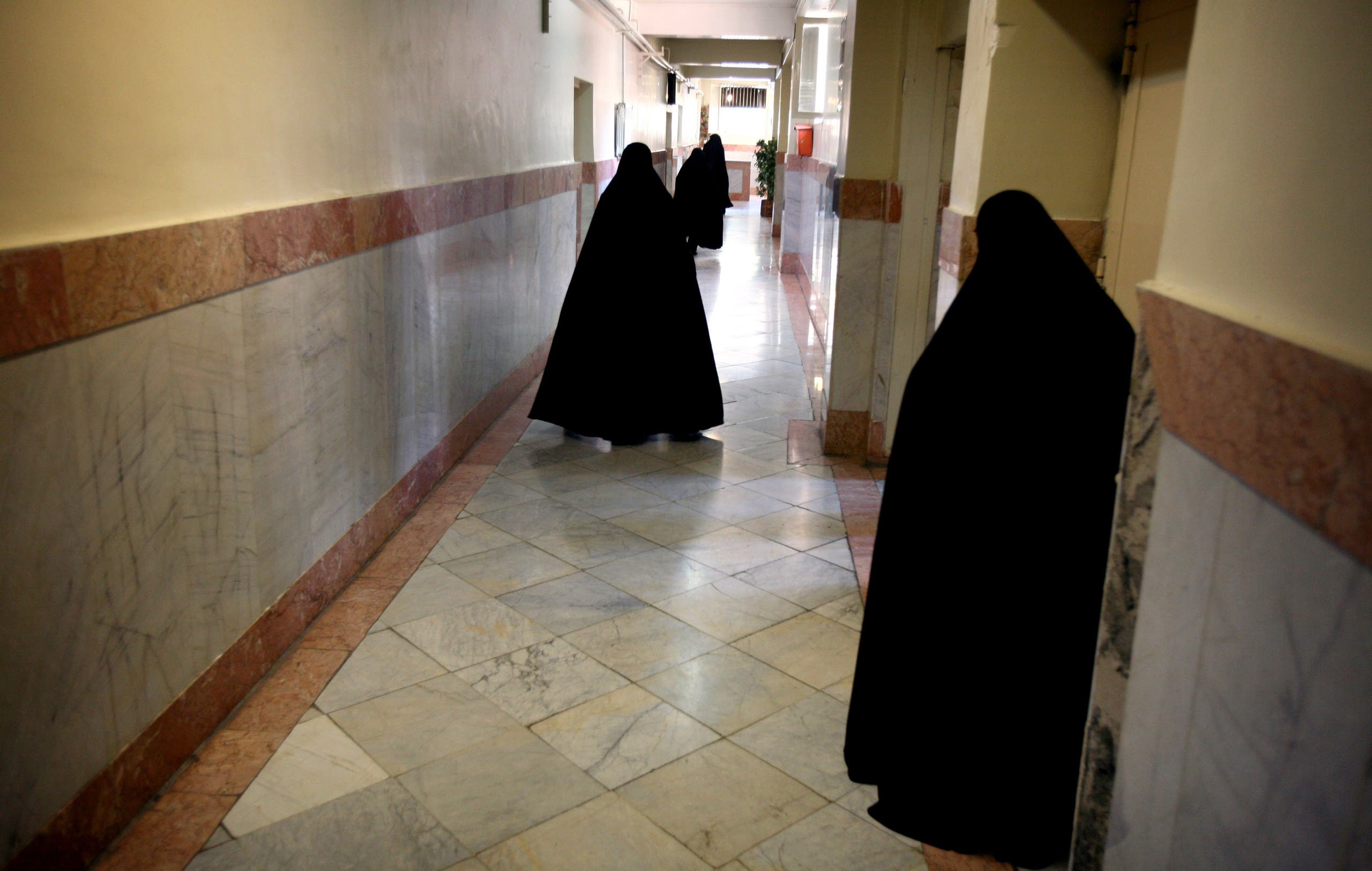 Teachers, writers, journalists, students, lawyers and academics, in fact anyone who speaks out against the regime, can find themselves thrown into Evin Prison. After trials without legal representation, the accused are found guilty of vague crimes on erroneous evidence, and are either condemned to serve long prison sentences.

Although the Iranian regime has continuously denied it, Evin Prison is known to be a virtual torture factory, where countless numbers of inmates have met their fate. Due to the number of intellectuals imprisoned within its walls, the prison has been nicknamed Evin University.

With Evin being a prison that is extremely overcrowded, hygiene is poor and in Iran’s sweltering hot summers, the heat can reach up to 45 degrees Celsius. There is no form of air conditioning, and the air within cells becomes rank with sweat and human waste. Water quality is bad and food comes in meagre portions and is barely edible. Medical facilities are virtually non-existent.

This whole process is designed to break the resolve of political prisoners, where the pressure for a confession is kept up until the captive breaks his silence. Then designed to add to this anguish, all contact with the outside world is cut off, family visits and telephone calls are forbidden, and even the guards are ordered to be silent.

Countless numbers have been driven insane by this treatment, many smashing their heads against the wall of their cell in anguish, while others have attempted suicide, but such is the security at Evin, no prisoner has been known to have escaped.

Inside Evin’s fetid dungeons, there are vents on the wall opposite the window, where a sturdy metal door stands, and at the bottom of the door is fitted a flap, for the prison guard to slide food through to the prisoner, while at the top of the door there is a flap used for communication.

One group of prisoners that has suffered the most at Evin Prison is the PMOI/MEK, thousands of its members have been held there over the years since the revolution. 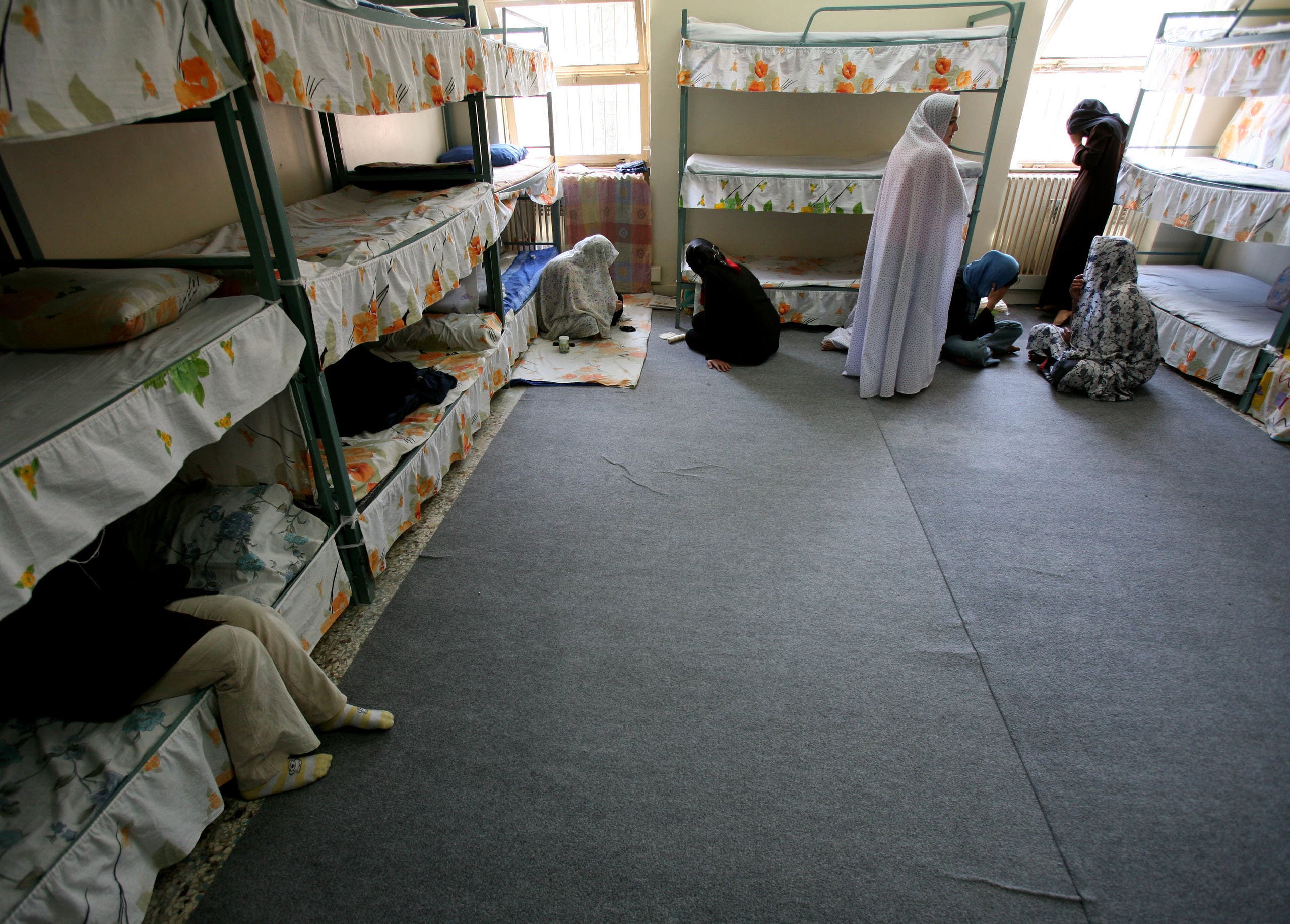 With countless numbers having been incarcerated at the time of the now infamous 1988 massacre, thousands of their number can be added to the 30,000 dissidents that were murdered across Iran. This was done under the orders of the then Supreme Leader Ruhollah Khomeini to execute all those who opposed his regime.

After the execution, corpses would be transported in the dead of night to one of the numerous mass graves, which came in the form of deeply dug channels, secretly excavated in various isolated locations across the country, areas dubbed by their executioners as Lanat-Abad (The Place of the Damned).

But to this very day, nothing has changed at Evin. Untold abuses still take place, while the words of human rights activists fall on deaf ears. Rather than denouncing the regime with the harsh condemnation it rightly deserves, the world has virtually ignored the abuses carried out in its prisons and on its streets, offering the leadership more in the way of lucrative transactions like the Iran Deal, rather than that of hard-hitting sanctions that cut deep.