Thank you for this opportunity you have given me to express few words about how the Iranian regime is abusing our families in Iran.

My name is Gholamali Narimi, a resident in Ashraf 3, in Albania.

First few words about myself.

In 1982, I was arrested and tortured in Iran, because I was seeking freedom and democracy in my country, and supporting the People’s Mojahedin Organization of Iran(PMOI / MEK).

Shortly, before the Iranian regime have the chance of executing me, I escaped from a secret prison in Ramhormorz, in southern province of Khuzestan.

I arrived in Albanian along with other members of the MEK in 2016.

During past four decades, the Iranian regime has tried to harass my family and me. After my escape from prison, Iranian regime arrested and tortured several members of my family.  Even now in Albania which is 3500 kilometers away from Iran, this regime tries to impose psychological torture on me, through a person called Olsi Jazexhi.

Iranian Intelligent Ministry (MOIS) coordinates for Jazexhi to  interview our family members  under the cover of a “journalist” then upload them on YouTube. They force our families to insult us, to insult our cause, and the MEK.   The Iranian regime did the same to my miserable younger brother and his wife in Iran. I saw the clip on the internet.

Our families in Iran are taken hostage and are under immense pressures. These forced interviews by the henchmen of the regime, are a criminal and dirty measures in all humanitarian standards. It is actively engaging in the suppression of the Iranian people and our families. They make them to sell their soul and dignity. Not to mention that, many more families, resist even if the cost would be their lives or spending many years in prison.

The founder of this suppressive regime, Khomeini, issued a religious verdict or Fatwa that if anybody helps the MEK, by any means, must be executed. This is the Fatwa:

In Iran, anyone who has been asked to insult the MEK and he or she refuses, it would be considered as helping the MEK and he or she faces punishment. In 1988, in a few months the Iranian regime massacred more than 30,000 political prisoners just because they refused to insult the MEK or to cooperate with the Iranian regime against the MEK. This is the Amnesty International report about this massacre.

I had not heard of this guy, Olsi Jazexhi before, and I didn’t know him at all. I was wandering why he is lying about me as a person who has been fighting for freedom of his own people, bearing torture and imprisonment. Why in complicity with the MOIS, he is behaving very lowly and shamefully.

So I asked myself, who is this guy, Olsi Jazexhi? What is his record? Why is he so active in supporting the criminal regime of Tehran? I searched the internet, and found a shocking fact that answered all my questions. He admits in his weblog that in 2009, he studied or better say trained in the Jamaat-almustafa in the city of Qum in Iran. This is an institute affiliated to the office of Khamenei, the Supreme Leader of the regime which is black listed by the USA. This institute recruits foreign elements for terrorist activities in their own countries or elsewhere, and to promote the mullahs’ objectives under the name of Islam. The information about this institute which Olsi Jazexhi is trained in, is available on the internet.

The services that Olsi Jazexhi provides to the fascist mullahs who our blood is on their hands, is it for free? Of course not, Jazexhi admits on YouTube that he receives money from the Iranian regime. Is he ready to tell us if how much he has received from mullahs to insult me and the MEK?

Another fact about Olsi Jazexhi ties with the Iranian regime’s agents. He hosted a notorious Iranian regime’s agent, Ann Singelton, in 2017 in Albania. I explain a little about Ann Singleton. She and her husband, are widely known as agents of the Iranian Intelligence Ministry(MOIS). In a report commissioned by the U.S. Pentagon, and prepared by the library of the US Congress names Ann Singleton as Mullahs agent. Since she is from UK, the members of Parliament in UK have also reported that she is Iranian regime’s spy.

When we were in Iraq, whenever the Iranian regime wanted attack us, it dispatched Singleton  and her husband to Iraq, paving the way for attacks against our camps by running a demonizing campaign against MEK.

The tactics for such psychological warfare and demonizing campaign are thought in Jamaat-almustafa institute in Iran, where Olsi Jezaxh admits he is trained there.

In last November, the criminal mullahs killed 1500 just in two days during demonstrations.

This man, Mustafa Salehi, was executed two months ago for taking part in a demonstration. This is his little kid who still sleeps by his father’s grave to feel his father’s love and warmth.

Few days ago, the Iranian regime executed a popular wrestler, a real champion, Navid Afkari because he took part in another peaceful demonstration against the regime.

This is the reality of a criminal regime that Olsi Jazexhi advocates for it, like Die Hard.

So, I suggest people like Olsi Jazexhi instead of receiving Iranian people’s blood money, go and seek a dignified and honorable life. Instead of having ties with criminal mullahs, he must tie himself to the history and glory of Albania and its remarkable people. My message to Olsi Jazexhi: Tie yourself to Albania’s glorious and great history and heroes such as Skandebeg, and Mother Treza. Instead, be proud of Albania not criminal mullahs in Iran.

This is how the humanity might return back to you. Just try it.

At the end as I know a little Albanian, I repeat my message in Albania language: 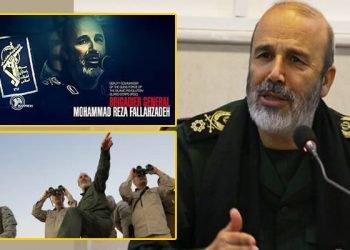