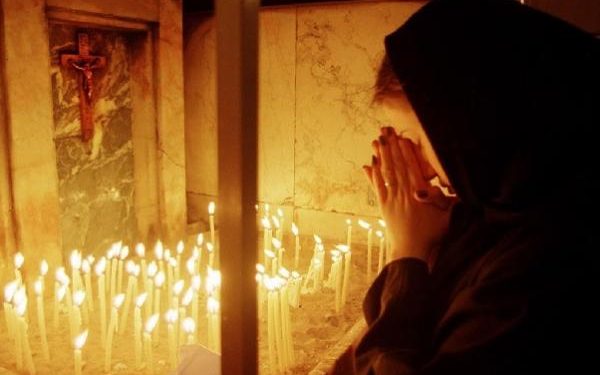 Iranian authorities have arrested a group of practicing Iranian Christians on Christmas Day at an in-house church in the city of Shiraz, southern Iran.

The group of Iranian Christians had gathered together last Friday, December 25, to celebrate Christmas when plain-clothes agents of Iran’s Ministry of Intelligence and Security (MOIS) raided the in-house church, the National Council of Resistance of Iran (NCRI) reported on Tuesday.

Armed MOIS agents ransacked much of the place and confiscated personal items and satellite dishes.

Among those arrested were:

And a ninth person whose identity was not established.

Separately on Wednesday, December 23, MOIS agents in the central city of Isfahan arrested Iranian Christian Meysam Hojjati in a raid on his home.

Hojjati was beaten and handcuffed while his home was searched and ransacked by four plain-clothes MOIS agents. His books, computer, mobile phone and even his decorated Christmas tree were confiscated, the NCRI said. Hojjati was previously arrested by agents of the intelligence ministry in March 2012.

On the news of the Christians’ arrests, Shahin Gobadi of the NCRI’s Foreign Affairs Committee on Tuesday said: “There has been a steady deterioration of human rights abuses in Iran during Hassan Rouhani’s tenure as president including executions and suppression of religious and ethnic minorities. This is just another case in point. Actually the clerical regime is one of the top violators of rights of religious minorities including Christians in the world. The regime has institutionalized repression of the Iranian people as the main tool of its survival.”

In her New Year and Christmas greetings to Christians in Iran and around the world on December 24, Maryam Rajavi, President-elect of the NCRI, said: “I wish that 2016 would be a year of unity and victory over Islamic extremism and especially the religious fascism ruling Iran and its evil allies in the Middle East who sow the seeds of enmity in the world.”

“Muslims and Christians can rely on their common values to stand up to those who pervert their religions.”

“Let us hope for the relief of converted Christians in Iran from the oppression of ruling mullahs and for freedom of the whole Iranian nation from this religious dictatorship.”

“On this occasion, I call on the world community to form an international front against the religious dictatorship in Iran and its proxies and militia in Syria and Iraq and to fight Islamic extremism, the enemy of true Muslims, Christians and all followers of other divine religions,” Rajavi added.