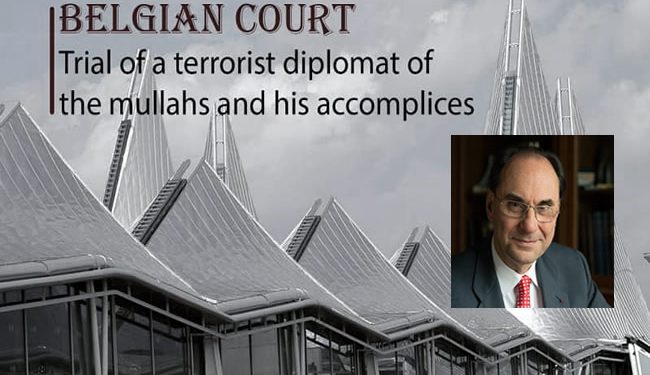 Later this month, the Belgian federal court will probably convict the four participants in an Iranian terror plot, including Iranian diplomat Assadollah Assadi, according to former vice-president of the European Parliament Alejo Vidal-Quadras. In an op-ed, Vidal-Quadras asserts that the four will be given sentences of five to 20 years each, which is in line with what the prosecutor has asked for, but advised that the world take action to show that the consequences do not fall solely on the shoulders of the agents who are caught but the regime as a whole. After all, evidence proves that this plot, like so many more, was not just dreamt up by the people committing it but actually ordered by the regime with the intention of eliminating dissent following protests.

In the months prior to the failed bomb plot, Iran was rocked by an uprising that threatened to take down the regime, with protesters chanting “death to the dictator” in the biggest protest since the regime came to power in 1979, something that Supreme Leader Ali Khamenei attributed to the pro-democracy opposition group, the People’s Mojahedin Organization of Iran (PMOI / MEK Iran).

Feeling scared about the potential for overthrow, Khamenei sought to attack the Free Iran rally and then blame warring factions in the (PMOI / MEK Iran), which don’t exist, with the hopes of killing Resistance Leader Maryam Rajavi and destroying foreign support for the movement.

Vidal-Quadras wrote: “The Belgian terror trial is presently shining new light on that impulse[to believe the regime’s lies about the (PMOI / MEK Iran)] by revealing the otherwise inexplicable reluctance of Western leaders to hold Tehran accountable for actions carried out in its name and with its blessing. To date, no one has announced new plans to exert pressure on the Islamic Republic over its support of terrorism or its violations of human rights.

However, the evidence presented at the trial makes it clear that both of these features of the Iranian regime have grown worse in the wake of the recent unrest. And considering that that unrest reemerged several times over the past two and a half years, sparking an even larger nationwide uprising in 2019, there is good reason to believe that the trend of escalation will continue unless it is countered from abroad.”

He advised that the international community adopt multilateral sanctions, focusing on human rights, and promote further isolation of the regime, which should be easy given the danger posed to the rest of the world.