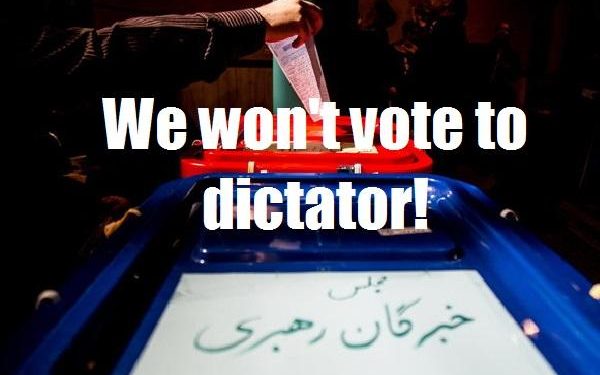 The Iranian regime tried to force inmates to vote, but they denied

Despite many threats and incentives by officials of the Islamic republic against inmates in Zahedan Central Prison aimed at forcing prisoners to vote in the sham twin elections, 3,000 inmates in this jail boycotted the polls and refused to cast their votes, the Human Rights & Democracy Advocates in Iran reported.
State agents were seen going to various wards at 9 am on Friday, February 26th, calling on prisoners to take part in the sham elections. However, no prisoner was willing to cast their votes.
“There are hundreds of prisoners on death row here, and they want us to vote for our own executions. Do they expect us to vote for being deprived of medical care, packed prisons, poor food and hygiene conditions, and being unjustly tried in court?”, the prisoners said.
State agents went to the wards twice on Friday afternoon and by promising leaves, visits and a reconsideration in the prisoners’ cases they were seen begging inmates to vote. However, the prisoners stood firm and denied any such cooperation.