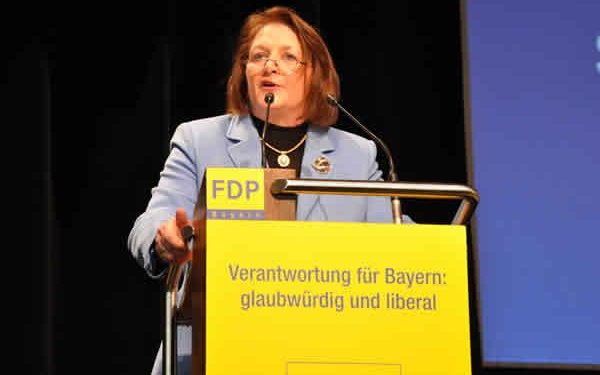 Deutsche Welle and other German media outlets reported an Iranian man was condemned to 2 years and 4 months behind bars on July 19th for spying on members of the Iranian opposition People’s Mojahedin Organization of Iran (PMOI/MeK) in Germany. He was on a mission for an Iranian intelligence service, the reports added.

This suspect had for months been gathering information on Iranian dissident associations and transferring this information to the Iranian regime. He received €22,000 in 2015 alone.

This individual, Meisam Panahi, defected from the PMOI and was expelled from Camp Liberty in Iraq in 2012. He was immediately recruited and hired by the Iranian intelligence service and a few months later he was transferred to Germany.

This spy of the Iranian secret service has received a total of €28,600 for his work, Deutche Welle reported.

Prior to this on June 29th the German daily Focus Online posted a report written by Ms. Sabine Leutheusser-Schnarrenberger who served as the justice minister in both cabinets of former chancellor Helmut Kohl and current Chancellor Angela Merkel. This article is focused on the espionage activities of Iranian intelligence agents against the Iranian opposition. This piece was posted prior to the recent German court ruling:

Two Iranians face court in Germany. They are suspected of working for the Iranian secret service. This shows that we must not allow the so-called tension-decreasing politics of the Iranian government deceive us.

Iran’s espionage in Germany is unacceptable, especially considering the issue of improving bilateral relations and regarding Germany’s sovereignty.

This is a flagrant violation of the law and is an objective in contrast to Germany’s sovereignty. Iran constantly and knowingly violates our sovereignty, and the basic rights of Iranians working for the opposition against the regime. These measures are all against the activities pledged and advertised by the “moderate” [Iranian President Hassan] Rouhani.

There is nothing new in this regard. Lethally prosecuting the regime’s opponents abroad, and especially in Germany, has reached a climax before: the Mykonos restaurant assassination (September 1992) and the cold-blooded murder of Kurdish minority community representatives was a massacre. Iran had yet to take such action in Germany up to that day.

The court made it clear that Iran decided over this crime and organized the operation. Therefore, an unprecedented court ruling was issued making it clear that the Islamic republic of Iran issued orders for murder.

This court is also seeking to discover how far Iran’s espionage has been active in Germany and to what extent are they violating German citizens’ basic rights. I welcome the success of the German prosecutor in pursuing and investigating in this regard because this issue is now very important. We are in a situation that we are hearing congratulations all around for the new relations established between the German Federal Republic and Iran.

One still cannot say that the situation on the ground in Iran has improved. In fact, it has deteriorated to a grave extent. The regime is intensifying its efforts to crackdown against dissidents inside the country through torture and executions, and using tools to shut out its opposition abroad. The scheduled visit of Iran’s president to Vienna was cancelled as Austria refused to ban a PMOI demonstration against Rouhani as Tehran had requested.

Only through an unsparing revelation of Iran’s deceptions that the true face of this religious regime is unveiled. This religious government carries out assassinations and pursues a strategy of global destabilization. Iran in this regard does not deny violating national sovereignty and international conventions.

This is a fundamental mistake that such a government measure be responded with tolerance. A religious dictatorship has been flaring Middle East tensions for the past 36 years. This regime has sought to expand its rule in Syria, Iraq, Lebanon and Yemen, and plunge these countries into chaos. ISIS has risen as a result of Iran’s religious fundamentalism.