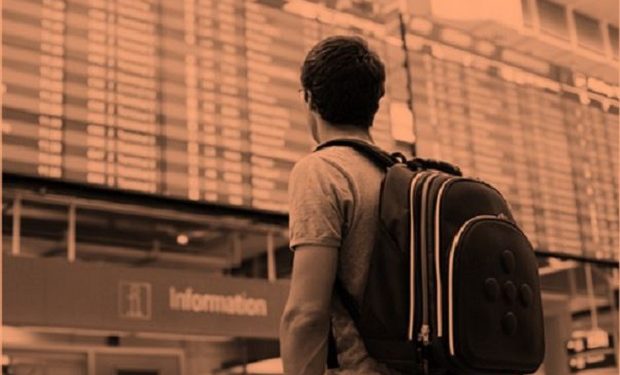 Iran: Increase in public dissatisfaction and brain drain and immigration

According to studies conducted in 2019, Iran ranked the second-largest brain drain in the world with the migration of nearly 180,000 educated professionals. Of course, with the deterioration of all aspects of life in Iran in the past many years and the increase in public dissatisfaction, this statistic has undoubtedly increased.
This dissatisfaction can also be seen in economic statistics. The middle class has almost vanished, and essential food items such as meat and fruit are off the table for millions. News of strikes by workers and employees who have not been paid for several months is a daily fact of life in Iran. The youth unemployment rate has reached one-third of the population, and now there is an abundance of university graduates working in manual labor jobs such as taxi driving. The situation is so bad that nearly a third of the metropolitan population, who can no longer afford to pay the heavy rents, are driven to the outskirts of cities and live in very poor conditions in sheds that lack minimum living standards, such as running water, electricity, a proper bathroom, etc.

According to recent research by the IRGC-affiliated Tasnim news agency, titled: “Iranian Migration Observatory”, 40 to 53 percent of citizens of four social groups, including students and graduates, professors, researchers, doctors, nurses, and start-up business entrepreneurs, stated their desire to immigrate from Iran was “very high”. About three thousand people participated in this survey, and the result is supposed to provide a picture of the situation of these four groups in relation to the immigration issue.
Professors and researchers are at the top of those who have expressed a great desire to emigrate from Iran at 53%. The next rank with 45% is reserved for doctors and nurses. 73% of doctors and nurses and 59% of students and graduates participating in this survey considered the role of economic changes and the sharp increase in inflation in their willingness to migrate to be very high.
The emigration of Iranian doctors and nurses has reached unprecedented levels in recent years, and Iran’s institutions and authorities are no longer hiding it. Limiting the acceptance rate and unfilled vacancies in the fields of medical specialization in the last two or three years show the migration of doctors and the preference to acquire expertise in other countries in the hope of finding work in the same fields. This caused nearly 700 specialized medical capacities to remain empty last year, even in fields such as heart and urology, and Iran faces an even more difficult situation in the field of specialist doctors.

Habilian Association: Propaganda Tool of Iran’s MOIS or an NGO