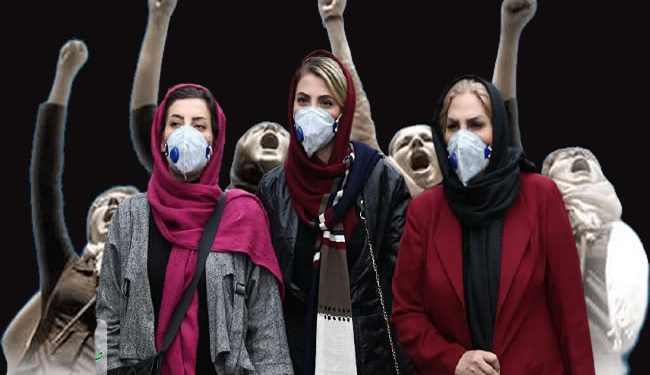 in Reports, Reports and Articles
Share on FacebookShare on Twitter
Iran is ranked 150th out of 156 countries in terms of gender equality, according to the World Economic Forum’s 2021 Global Gender Gap Report, which is a drop of two places from 2020 and eight since 2019.
To make matters worse, the WEF bases this report on the official data from countries, so the mullahs’ lack of transparency might be hiding a much more terrible situation for women in terms of economic ability, political power, and social freedoms.

While the average level of women in the workforce across the Middle East and North Africa group is 31%, Iran’s is less than 20%; the result of sexist laws like needing a husband’s permission to work.
The report said: “Low levels of women’s labour force participation are an important driver of lack of economic participation… If labour force participation is already limited, equal outcomes on leadership or managerial positions are rare still.”
To make matters worse, those who do work may not have access to things like bank accounts that allow them to amass wealth and are often paid only about 1/5th of what a man earns without insurance or benefits. They’re also more likely to lose their jobs in times of crisis, like the ongoing pandemic.

Despite making up half the country, women only account for 5.6% of the Members of Parliament, which is one of the lowest rates in the world. To make matters far worse, those who are in power aren’t using their position to elevate women but rather to justify the status quo.

The Women’s Committee of the National Council of Resistance of Iran (NCRI) wrote:

“It should be emphasized that the women who have passed the scrutiny of the Guardian Council and are eligible to participate in the regime’s elections are all promoters of the mullahs’ misogynistic views and facilitate the advancement of the regime’s goals of imposing more and more restrictions on women. In terms of political participation, it should be said that major decisions and policies in Iran are the prerogatives of men.”

Meanwhile, men hold the lion’s share of power in all of these offices, plus 100% of top positions, including Supreme Leader, members of the Guardian Council and the Expediency Council, cabinet ministers, governors, provincial capital mayors, and the head position in the executive, legislative, and judicial branches.
Tags: Human RightsIranSlider
ShareTweetSendShare
Previous Post