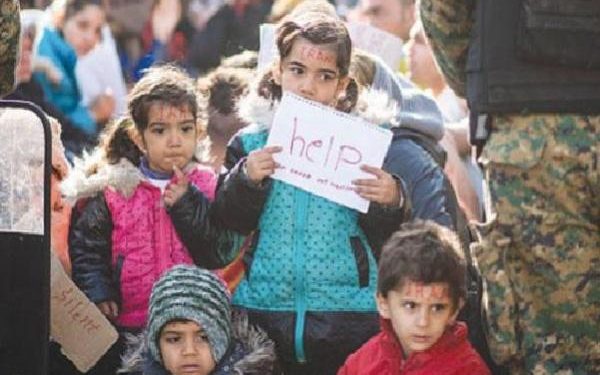 In a report issued by the US Department of State, Iran occupied first place for world-wide human trafficking, in particular the trafficking of children.

Iranian police stations have registered strange complaints such as unearthing tombs, stealing parts of corpses and smuggling them. Children are the biggest victims of injustice in Iran and are exposed to child labour and sexual violations amongst other crimes registered at global monitoring centres. Experts believe that poor state management in Iran has led to the erosion of the middle class and a rise in the crime rate.

Hamed Al-Kanani explained in research he presented to the King Faisal Center for Research that Iran, along with Russia and Thailand came first among countries accused of participating in worldwide human trafficking. In the report issued by the US Department of State, the US accused Tehran, Moscow, and Bangkok for not doing enough to fight human trafficking. Furthermore, these three countries have surpassed the figures for Venezuela, Algeria, Syria, Yemen, North Korea, and Zimbabwe which top the list prepared by the State Department every year.

In contrast, the report has upgraded Saudi Arabia’s rank to the third level after its incessant efforts to protect victims. Malaysia has also made a remarkable improvement since its bottom ranking last year. Due to the great efforts that Kuala Lumper has made in this area, Malaysia is now classified in the 2nd class of countries that are under surveillance.

The International Labor Organization (ILO) says that human trafficking brings in an approximated $150 billion in annual profit, of which $99 billion are acquired from the sex industry. The US approximates the number of human trafficking victims to be somewhere around 20 million victims. Al-Knani stated that this is not the first time the US has accused Iran of human trafficking. In 2006, the US Department of State also placed Iran at the bottom of a list comprising of 12 countries that are not considered to have taken the necessary measures to stop this atrocious trade. Human trafficking is a very serious crime and exploits humans via threats and force.