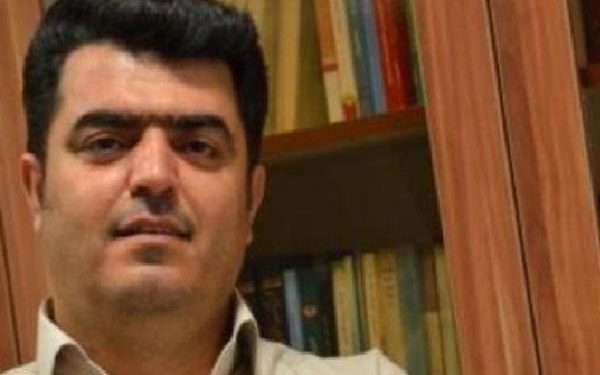 Ismail Abdi, Secretary General of Iran’s Teachers’ Trade Association (ITTA), has been detained in Tehran's Evin Prison since 27 June for "organizing and participating in illegal gatherings” for his legitimate trade unionist activities. He is a prisoner of conscience.

Ismail Abdi, the jailed Secretary-General of the Teachers Guild Center in Iran, has been sentenced to six years behind bars by judge Salavati of branch 15 of Tehran’s “revolution” court.
Abdi’s lawyer learned of his client’s sentence yesterday morning, Hrana news agency reported. Abdi has been under illegal attention from June 27th to this day. He faced charges such as “assembly and collusion with the intention to disrupt public order” and “propaganda against the state” for his activities as the Secretary-General of the Teachers Guild Center and organizing and taking part in various rallies.
Abdi was last arrested on June 27th, 2015 when he went to the public prosecutor’s office in Evin Prison to ask why he had been banned from leaving the country. On that very day he was placed under hours of interrogation.
After his arrest he was transferred to solitary confinement in ward 2A of Evin Prison, a section controlled by the Revolutionary Guards, without any means to receive any visits by his family or lawyer. He remained under interrogation and was transferred to Evin’s ward 8 on August 16th. This ward has the worst conditions in Evin Prison and a number of political prisoner and prisoners of conscience are held in this section, in violation of the principle of separating prisoners based on their crimes.
A large number of international organizations have protested Islameel Abdi’s arrest and detention. The World Education Organization, UK Teachers Association, UK Association of University & College Professors, and the Canadian Teachers Federation have all issued statements and reports expressing their support for this jailed teacher.
The Teachers Guild Center also issued a statement protesting the pressures and rights violations imposed against Abdi during his detention and imprisonment, and demanding his detention to be decreased to bail and his urgent release.
Mr. Abdi had prior to this been sentenced to jail time for his guild activities. In the summer of 2009 a foreign media outlet issued a report covering education conditions in Iran and a number of jailed teachers. Following this report Abdi was arrested and held in Evin Prison for 44 days. After his release on bail, branch 26 of Tehran’s “revolution” court, chaired by judge Pir Abbasi, sentenced Abdi to 10 years behind bars for propaganda against the state and relations enmity states. This ruling was then decreased to 5 years under the accusation of this activist giving interviews to foreign media outlets.