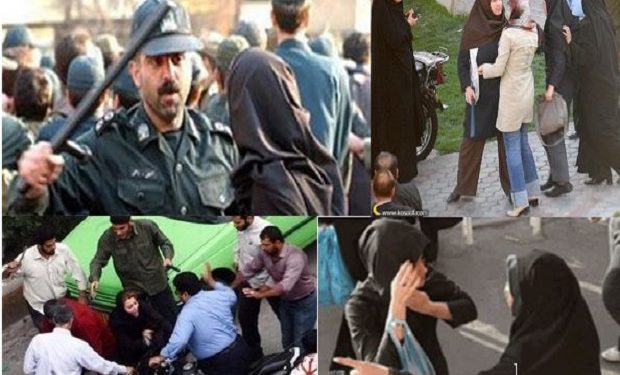 In addition to arrests, torture, and execution, a tool of suppression against the people of Iran is the compulsory Hijab. Since seizing power in Iran and instilling its patriarchal interpretation of Islam, the clerical regime has used the compulsory Hijab to humiliate and intimidate women. The weaker the regime gets, and the more it fears protests and being overthrown, the more it resorts to this dirty tactic.

After nationwide protests in January 2018 and November 2019, and in light of the daily protests, Ali Khamenei, the regime’s Supreme Leader, handed the reins of the country to Ebrahim Raisi. Raisi, a.k.a. “the henchman of 1988,” is known as one of Khamenei’s most brutal and loyal henchmen.

Since Raisi’s appointment as President, the number of executions has increased significantly, and at least 18 women have been hanged. The regime uses executions of non-political prisoners and social repression to intimidate and contain protests.

In the past month, in addition to the brutal suppression, Raisi has increased repressive measures against women, including enforcing the compulsory Hijab.

The regime has briefed its officials and even governors across the country on the criteria for its desired hijab. They accept no excuses for not implementing the law.

However, according to the HEGFE’s latest declaration, the directors and managers in government agencies are now responsible for enforcing compulsory Hijab for all employees under their purview. Such enforcement is subject to evident and undercover surveillance, and if cases of unveiled women are detected, managers and directors will be subjected to punishment, arrest, and other disciplinary measures (The state-run ssn.ir

Scenes of violence against women concerning compulsory Hijab have gone viral on social media for months, even years. One of the most recent examples is an image posted on May 6, 2022, which had a broad social impact and reached the regime’s media.

In the viral video, a plainclothes officer uses brute force and violence to move a young woman into a police car (The state-run Hamdeli Newspaper – May 8, 2022).

The plainclothes officer is so busy insulting and beating the young woman that he has forgotten that Islam forbids him to touch a stranger woman in whose name he wants to impose the hijab. Moreover, the woman’s dress is torn apart during the beating simply because a few strands of her hair were visible.

These barbaric practices, insults, and humiliation against women concerning compulsory Hijab, launched by the misogynistic clerical regime, have been a constant occurrence over the years. Iranian women, however, are well aware that the regime’s primary goal is to perpetuate an atmosphere of terror to curb popular uprisings and prolong their illegitimate rule. This is why we see Iranian women at the forefront of most public protests and uprisings. 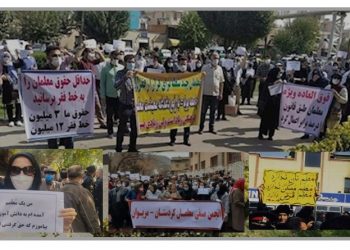