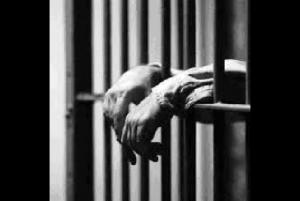 These days in any discussion about the world’s political future there is one major general concern: how are we to confront terrorism, massacres and flagrant human rights violations rooted in Islamic fundamentalism? This phenomenon has currently become public enemy number one. Those who have struggled against this entity for some time say the ‘Godfather’ of ISIS is none other than the Iranian regime. Intellectuals, democrats and true Muslims in Iran have understood and rose against this threat ever since Ayatollah Ruhollah Khomeini hijacked the 1979 revolution. Unfortunately, the appeasement policy adopted by the United States and European countries vis-à-vis Iran has brought the world today to a point that the octopus of Islamic fundamentalism is on the verge of getting its hands on nuclear weapons, while its terrorism is being exported far beyond its borders, in Iraq, the Levant, North Africa and beyond. It is even recruiting in the hundreds from Europe and the US.
Islamic fundamentalism is dangerous because its forces feel immune to carry out any measures deemed necessary under the pretext of carrying out the Almighty’s orders. In such a viewpoint the more ruthless you are to your viewpoint, the more definite is your reserved slot in heaven. They will follow you like a shadow wherever you may go, to kill you physically and spiritually. Today, it has been 35 years that a group has been following me wherever I go, seeking the best opportunity to inflict their final blow.

Due to my affiliation to the People’s Mojahedin Organization of Iran (PMOI) and opposing this Islamic fundamentalism being established in my country, I was arrested by the ayatollahs’ Revolutionary Guards back in 1982. I was then transferred to Tehran’s notorious Evin Prison where they tortured me to the brink of death. They wanted me to sellout anyone else I knew in the PMOI. One of the worst types of tortures was continuous lashing to the sole of my feet and toes. The blow would be transferred all the way to the head as there was no longer any flesh in the feet to protect it. The entire body burns as a result. They also arrested my wife and brought her to Evin Prison, forcing us witness the other being tortured. The regime agents wanted to break our will and cooperate with them against the PMOI. To increase the pressure they brought my 2-year old daughter, Nasrin, to their dungeons and continuously tortured us before her while she was screaming terrified. Her fear and cries hurt me much more than any of those lashes.
In Evin it was torture day in and day out, even when we were getting bread for breakfast, or going to change our wounds’ dressing and … However, worst of all was the cries and weeping of the elderly mothers and fathers who were tortured alongside their loved ones as the interrogators sought more information.
Finally, when I was scheduled to be transferred to city of Mashhad Prison probably for being hanged, I managed to flee at the train station with the help I received from ordinary bystanders. While my feet were extremely wounded, and in ordinary conditions I wouldn’t be able to walk one step, I used all the power in my body and started running to distance from the security agents. I was lost in the crowd. With the help of some friends I was able to secretly flee the country and go to Denmark. In retribution, the regime executed my wife.
From then on I lived as a political refugee in Denmark and for a long time, with the support of the PMOI, I travelled to various countries to expose the vicious nature of the Islamic fundamentalist regime ruling Iran. Even in Europe I was continuously threatened by Iran’s agents. During this period I had no news about my daughter, Nasrin, and I had only heard once that she is living with my father, but I shouldn’t call her because all the phones are tapped and it will result in the regime arresting her and all of my family.
To be effective in the Iranian Resistance against the religious fascism ruling Iran under my own decision I went to Camp Ashraf near the Iran-Iraq border. Following the occupation of Iraq in 2003 my family, along with my daughter, came to see me in Ashraf. They stayed with me for a week, visiting the entire camp – which we called our own city – and especially the Pearl Memorial Cemetery.
However, they were all forced to return to Iran because if even one person didn’t return all other members of the family in Iran would be taken hostage and forced to pay the price.
After their return to Iran the MOIS, and one of its affiliated branches, the Nejat Society, threatened my family and Nasrin. They forced her to cooperate with them and go to Europe along with a number of other agents, taking part in various gatherings against the PMOI in France and other countries. They forced her to provide so-called testimonies against me and her mother, who was executed in 1982, in international organizations. She had to say that the PMOI was keeping her father in Ashraf by force and against his will. The Iranian regime also forced the families to raise various allegations and paint a portrait as if a large number of people in Ashraf have been kept against their will by the PMOI leadership. Nasrin and no one else knew that through such forced lies and testimonies the Iranian regime was actually paving the path for attacks and massacres against us in Ashraf. Since we were recognized as ‘protected persons’ under the 4th Geneva Convention any attack against us would be considered a war crime. Therefore, such an attack needed adequate preparations. Finally, Iraqi forces under Maliki’s orders attack us for the first time in July 2009 under the pretext of freeing those that are kept by force in Ashraf. They murdered 11 residents and injured 500 others. I nearly escaped a certain death for the second time in my life. These attacks were repeated twice more in Ashraf and a large number of others were massacred. Following the bloody attacks in Ashraf, under an agreement hammered out with the UN and US, we were transferred to a deserted and ransacked former US military camp, under this condition and hoping there will be no further carnages. However, once again the Iranian regime has dispatched its agents and hirelings from Iran to Iraq under the pretext of requesting family meetings. This is a completely repeat scenario of Ashraf’s attacks that are now being pursued in Baghdad right under the UN’s eyes.
Islamic fundamentalism and its foot soldier militias in Iraq will commit any crime “to go to heaven”. Their last attack on Ashraf left 52 handcuffed innocent people executed with bullets in their head at point blank range. These were individuals that the UN and US had guaranteed would be under no threat and able to stay in Ashraf to protect the PMOI’s remaining assets and property.

Now they are preparing to massacre nearly 3,000 Iranian refugees, PMOI members in Camp Liberty, and the UN and US have completely experienced such crimes. They must prevent the transfer of these agents to anywhere close to Camp Liberty under the ridiculous pretext of seeking family meetings. Only through such a policy would our security be guaranteed.