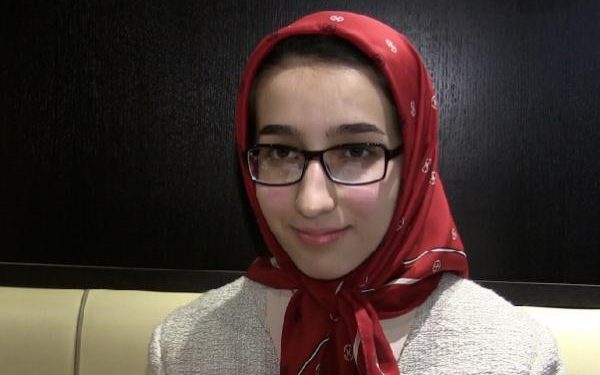 Iran- Opposition: I must be their voice

On March 6, 2006, I was nine years old and I was looking forward to the Iranian New Year. That morning I heard the doorbell ring. It was longer than usual. I was alone at home and as I was wondering whether I should answer it, the main glass door of the apartment complex was smashed and several strangers stormed our little house. I saw my father with them. He was handcuffed. I started screaming as I began to grasp what was happening.

I knew that my father had been arrested twice before by the notorious Ministry of Intelligence. I grabbed my father to prevent him being taken away by them again and one of the agents pulled a gun and put it to my head. The message was clear. My dad was dragged away.

My father, Saleh Kohandel, is an activist of the People’s Mojahedin Organization of Iran (PMOI/MEK), the principal Iranian opposition movement. He is serving a 10-year prison term in Iran’s infamous Gohardahst Prison because he refused the mullahs’ demands to speak out against the MEK on state television.

I had to live half of my childhood without my father’s presence in my life, other than 20-minute visits to his prison. I hardly saw my aunt and uncle before losing them altogether when they were slain at Camp Ashraf, the place of residence of Iranian dissidents in Iraq. The attack was carried out by Iraqi forces at the behest of Tehran in April 2011. But all three of these relatives have remained very much with me in spirit. In each case, the last words they spoke to me helped me to realize that I must be their voice in places where they have been kept silent.

It was with a heavy heart that I made the decision to flee the Islamic Republic of Iran on my own after the end of high school, arriving in Europe this past summer.

Now I worry that I may not be able to see my father released from prison. As long as the current regime remains in place, no political prisoner can be sure of when he will be released, even if he has reached the end of his prison term. The Iranian judiciary has been known to arbitrarily add new convictions and sentences to a prisoner’s file either as a way of further punishing him or in response to concerns about him resuming former political activities upon his release.

Though my emigration to Europe keeps me physically farther from my father and even more uncertain of his status in prison, it brings me closer to the work that he has done for the cause of freedom and democracy in our homeland.

However, during my time in the West, I have frankly been shocked by how necessary it is to reach Western leaders with the message of popular regime change in Iran. Through the experience of seeing my father dragged away and learning of the murders of my other relatives, and through the experience of visiting Iran’s notorious prisons over and over again, I have learned much about the nature of the Iranian regime. And so it seems like the most natural fact in the world to me that the regime must be overthrown for me to go back to Iran and embrace my father again.

Despite all past experiences, many Western leaders have inexplicably come to the conclusion that the 2013 election of Iranian President Hassan Rouhani signaled a change in the regime’s ideals and practices. With a nuclear accord concluded, now there is optimistic talk about the Feb. 26 elections for the Parliament and the Assembly of Experts. Some are hoping that those who are dubbed as “moderates” by the West will gain the upper hand in the elections and that this could lead to a change of behavior by the Iranian regime. But this kind of optimism is sorely misplaced.

I know this because I spent my formative years as an activist, even participating in the 2009 protests (in which MEK played an instrumental role) alongside my schoolmates when we were 12 and 13 years old. I saw the convictions of some of the youngest Iranian citizens as they seized the rare opportunity to speak out against the regime. And I watched in the following years as they became more educated and worldlier, and their hatred of the ruling regime continued to grow. This is especially evident among young Iranian women and girls who have to struggle for their most rudimentary rights. The minute one gains the slightest trust of these women, the depth of their repugnance for the ruling theocracy is revealed.

Mr. Rouhani and all those who are referred to as “moderates” are all integral parts of that theocracy. They were only permitted to take part in the “elections” after being vetted several times, thus proving their total adherence to the supreme leader.

What we have in Iran is a selection and not an election.

My fellow young Iranians crave a genuine opportunity to choose our leaders. Their demands and what the ayatollahs offer are worlds apart. There is no common ground between what the Iranian people seek and what the ayatollahs are willing to offer. It is time for the West to see that Iran is divided between the regime and its people. And before Feb. 26 it will be necessary to speak out against sham elections that will enable more of the same abuses that forcibly separated me from my father.

• Paria Kohandel is a 19-year-old human rights activist who escaped Iran to Europe in August 2015.