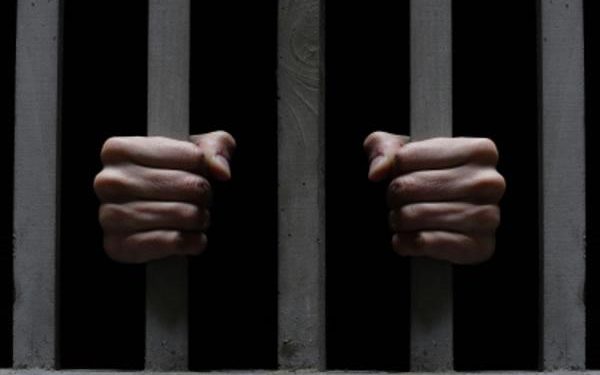 Last week the United Nations Human Rights Council expressed its concerns over human rights violations in Iran and announced its decision to extend the mission of its special rapporteur on human rights situation in Iran for another year. In the meantime, political prisoners in Iran are complaining to the UNHRC over ordinary citizens being arrested for the sole reason of their family relations with the opposition People’s Mojahedin Organization of Iran (PMOI/MEK).

The London-based Elaph news website that has published this letter wrote on March 25th: Iranian political prisoner Hassan Sadeghi wrote in a letter from Gohardasht Prison of Karaj, west of Tehran, to the United Nations Human Rights Council and Amnesty International that his family members are being held in Iranian prisons because of their family relations with the opposition (PMOI/MEK).

This political prisoner said, ““I was arrested in 1981 when I was only 16 years old. I was kept behind bars until 1987 and the main charges raised against me were actually the charges the state had raised against my mother and father. However, I was condemned because of them. After being released from prison (six years later), considering the fact that my mother and father were still wanted and living under cover, I was left with the responsibility to take care of the family. However, I always had to endure harassment from the state because of my mother and father. I was nearly deprived of all my social rights. Despite the fact that all our assets and property were confiscated because of the status of my mother and father, they did not even permit us to enjoy just legal representation. Not only was the store (our only source of income) but also my father’s house confiscated.”

He continues to explain his conditions, “In 2012 when my father passed away since he was a relative and activist of the PMOI and National Council of Resistance of Iran (NCRI), not only were we banned from holding any ceremonies (our very basic right) for my father, they raided our house and disrupted the family gathering we had been holding. They insulted our friends and relatives, and then arrested me, my wife (Fateme Mothana) and my two children (Iman and Maryam), and transferred us to ward 209 of Evin Prison.”

He went on to explain, “My only ‘crime’ was holding a ceremony for my father in our own house, and my wife’s ‘crime’ was having a brother who was a PMOI/MEK activist.”

This political prisoner continues to describe human rights violations in his country: “There was a time when my wife and I were condemned, thrown to jail and restricted from our social rights because of our family relations. Now it is our children’s turn to be deprived of their basic rights because we ourselves are facing charges. It is not clear for how many generations being a member and/or supporter of the PMOI and NCRI will be considered a crime. In the absence of any organization to seek justice, to whom other than you can we refer to?” He mentioned the fact that, “Finally, this family crime of ours (my mother and father being politically active) was the reason why I was sentenced to 15 years in jail, and my wife was also sentenced to 15 years behind bars for having a dissident brother. It is also worth noting that one of the questions we faced during our interrogation was why did we even marry each other?”

Sadeghi added, “Such issues may seem very strange. However, my wife and I are now paying the price of the absence of our basic human rights and most importantly, we are currently very concerned about our two children. We truly are not informed about their conditions or whereabouts. Only one day a week we are given a 20 minute visit. Once they have to go and see their mother, and then their father in another prison…”

Sadeghi made a final call to the UNHRC and Amnesty International. “Considering the conditions my family and I are facing, I emphasize that even with a special rapporteur on human rights being appointed and continuous monitoring of human rights violations, I am certain a large number of human rights violations cases exist that the Iranian regime has yet to be held accountable for. There are also cases that have never even been mentioned or heard of. Therefore, I am asking the honorable Human Rights Council to address this matter and I personally emphasize the necessity to have the special rapporteur continue his work. Otherwise, those like myself will lose the only source to seek help and justice at a time when we are deprived of all of our rights here.”