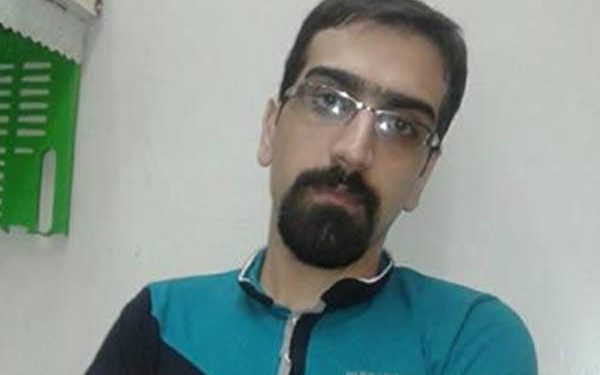 Iranian Political prisoner Massoud Arab Choubdar has written a letter to Dr. Ahmed Shaheed, the U.N. Special Rapporteur on Human Rights in Iran, unveiling a tip of the iceberg of the crimes committed by the mullahs’ regime in Gohardasht Prison of Karaj, west of Tehran.

This letter, written on Tuesday, April 26th, reads in part:

You most probably remember me, Massoud Arab Choubdar, a prisoner who for nearly four years has been suffering from the worst conditions imposed by this inhumane regime. You are also most definitely aware of the problems I am facing in prison, as I have written to you before in my previous letters. From my physical conditions, various illnesses and the inhumane treatment I am placed under in prison.

Torture and physical punishment of prisoners

This time, once again I want to write to you about Gohardasht Prison and the serious problems imposed upon me by prison authorities, which is increasing day by day. These issues have become so serious that they have even banned me from exiting the hall I am kept in, and I can’t even got to the prison clinic to see a doctor to ask why I am not being sent to a medical center. In this regard I went to the office of the ward chief, Mr. Shojaie, and at the time Mr. Mohammad Mardani, the prison warden was also there. I hadn’t even began talking when a report was brought to the attention of the prison warden and he exited the ward very quickly through the secondary door. A few minutes later I could hear cries of pain, and when I entered the main hall of the prison through the secondary door I was seeing a very agonizing scene before me. I truly do not know how I should explain it. For two years I had worked in the police counterintelligence branch and read about reports and various crimes regarding police crimes. However, the scene I was witnessing right before my eyes was neither any kind of violence or physical punishment in prison… this could only be described as animalistic behavior, reminding me of how a group of hyenas attack in the jungle!

The prison guards had attacked two prisoners and were viciously beating them, kicking and delivering severe blows to their heads and other parts of their body, as if they were actually feeling good about it. It was if it was a competition between them, to see who could hit the prisoners more often and harder. They would push each other back, as if these hyenas were at a dinner table, and from all corners of the prison various guards had rushed to this particular location. Their yelling and screaming had filled the entire main hall of the prison. Other than the prison warden, his deputy (Amirian), ward 2 chief (Hassan Mehdi Far), quarantine ward chief (Gudarzi), head of the prison’s guards (Zolf Ali), deputy of administrative affairs (Mirzaie) and head of the security unit were all present. After about 20 minutes of the guards’ kicking and the two prisoners’ screaming, it was of no use and there was no sign of mercy…!!

The screaming stopped and I don’t know what had happened to them that they couldn’t say a word…!! Anyhow, they were gone now…

As the prison warden returned to the room, his threats began as usual, saying if any report from this room leaks to the outside world, Massoud, I will definitely take action against you, because only you were there and you only know about the whole story. He went on to say that I am banned from exiting the ward. Despite all the threats I still couldn’t remain silent. Amongst all my problems, being deprived of my most basic rights as a prisoner such as a phone call to my family, and/r or reading a book (which was also banned), or receiving care in a medical center outside of the prison, or meeting with my family, which I was also banned from due to being prohibited from exiting the ward. I couldn’t remain silent any longer in the face of all this behavior by the regime against prisoners. Once again, the humane dignity and Islamic human rights, of which Ali Khamenei speaks about, have all turned into punches and kicks on a human being’s body. The civil rights mentioned by the Larijani brothers in the judiciary have turned into batons and severe blows upon the body of a defenseless human being…

You haven’t heard the full story of this event, and I must say that unfortunately, as I am writing this letter, another prisoner is currently being beaten by batons and electric shockers in the prison’s counterintelligence office, all by the counterintelligence chief (Mardi) and his personnel, including the main criminal, Mazare. The prisoner was screaming, and these inhumane measures are being carried out on a daily basis in Gohardasht Prison, at a time when the Islamic republic talks about human rights in international organizations, and this regime considers all your reports as sheer lies… Instead of talking about human rights violations in other countries, these political figures should take a look at inside the country. Or maybe it is not in their interest…!! No other remarks can be made other than that this cruelty has become completely institutionalized in this dictatorship!!