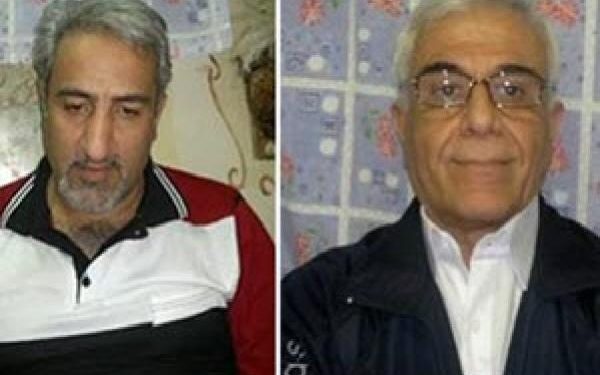 Mr. Davoudi’s physical condition has become critical due to a drop in his blood pressure and given that he suffers from diabetes.

Mr. Baymani suffers from a serious heart ailment and has also had a drop in his blood pressure.

The mullahs’ regime is refusing to provide medical care to these two political prisoners.

Arzhang Davoodi, 62, from the city of Abadan, southern Iran, who previously studied in the University of Texas, was originally arrested in November 2003 and has spent over 12 years in prison for his opposition to the regime. He received a death sentence in July 2014.

In June 2015, Mr. Davoodi said in a statement from Gohardasht (Rajai-Shahr) Prison: “All populist and patriotic activists have concluded that the time for superficial changes in Iran has come to an end, and freedom from tyranny requires hard efforts from which a truly democratic revolution be achieved.”

“It is an urgent necessity that all of us set aside all our cultural, political and social differences and stand on the side of the people who have risen across the country to bring down the 500-man clan of Ali Khamenei from power and have them face justice in the courts,” he said in a message to the Iranian Resistance’s annual Iran Freedom rally in Paris on June 13 in support of democratic change in Iran.

Mr. Davoodi learned from his lawyer on July 20, 2014 that he had been sentenced to death for his alleged membership and support for the People’s Mojahedin Organization of Iran (PMOI or MEK), Amnesty International said in an Urgent Action on July 24, 2014.

Amnesty said: “He is believed to have been accused of having ties with the PMOI merely because in prison he insisted on calling PMOI by its official name, Mojahedin, rather than by the term used by the Iranian authorities, Monafeghin (hypocrites).”

Mr. Davoodi wrote a letter in July 2014 to the United Nations Secretary General demanding that the UN investigate his death sentence.

Mr. Baymani, a father of two, has been imprisoned for some 15 years in Tehran’s notorious Evin Prison and Gohardasht Prison in Karaj for allegedly helping his brother evade arrest.

Mr. Afshin Baymani was on September 6, 2000 originally sentenced to execution, but his sentence was reduced to life imprisonment six years later.

Update No. 13- Update on the implementation of solutions for residents of Hurriya Temporary Transit Location (TTL)