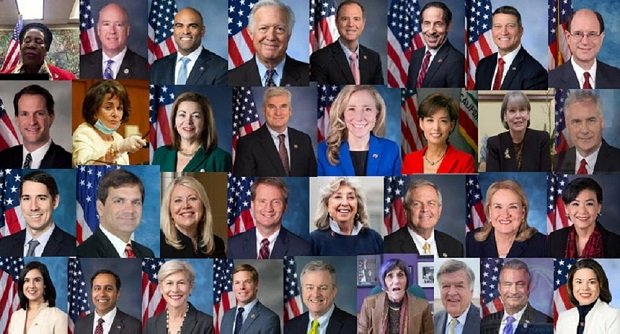 On Friday, the Organization of the Iranian American Communities hosted a virtual congressional briefing in solidarity with nationwide Iran protests. This conference featured messages from a bi-partisan group of 33 United States House of Representatives members and had the opposition’s president-elect, Mrs. Maryam Rajavi as its keynote speaker.

“Although the regime might resort to even more violence, the developments (events) of the past five weeks, and particularly the fighting spirit of the young generation, the existence of Resistance Units across the country, and people’s support for them show that we have entered a new phase,” Mrs. Rajavi emphasized in her video message to the congressional briefing on Friday.

Mrs. Rajavi also highlighted the leading role of the Iranian opposition, Mujahedin-e Khalq (MEK), and its network of Resistance Units in the nationwide uprising.

“Women’s courage and leadership role did not emerge overnight, but they are rooted in the Iranian women’s 40-year struggle against this regime. Women do not demand anything from the regime. Their main demand is regime change. They know they need to overthrow the fundamentalist regime to achieve their rights,” she added.