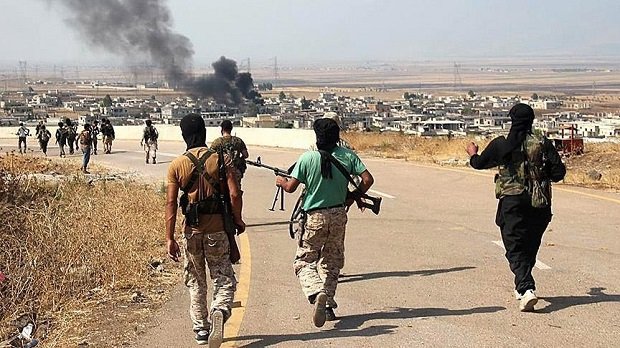 FIRST ON FOX: Iran’s proxy militias are engaged in an “invisible jihad” against Christians in the Middle East and are having success in their efforts to push out and reduce the numbers of Christians, according to a new report.

The report by the Philos Project, a nonprofit organization and community that promotes Christian engagement in the region, says that the Iranian regime envisions Muslim demographic purity and that its militias have “labored to create conditions that forced Christians out.”

“Iran’s proxy militias in Lebanon, Iraq, Syria and Yemen have played a significant, though largely unrecognized, role in the dramatic decline of Christians in the region,” the report outlines.

In Lebanon, where the pro-Iran Hezbollah is seen as “particularly culpable” for the reduction of Christians to just 33.7% of the population in 2020, down from 54% in the 1950s. The report details how Hezbollah has targeted missionaries, impeded conversions all while imposing strict dress codes, alcohol bans and limits of mixes sexes in public — in what have been dubbed “mini-Tehrans”

Ownership of Christian land has also shrunk: “While some of the lands were legally sold by emigrants, a sizable part was lost through eviction and expulsion coordinated by Hezbollah.”

In Iraq, Iran’s Islamic Revolutionary Guards Corps’ Quds Force was able to create several Shia militia groups after the 2003 invasion of Iraq by the United States.

The report details how Christians were chased out of Baghdad with selective killings, robbery and sexual harassment that created a “climate of panic.” It also accuses militias of engaging in human trafficking, rape and forced marriage as leaders tried to make Baghdad and elsewhere “Christian-free.”

Just as in Lebanon, militias engaged in forced buyouts as well as evictions, expulsions and destruction of private property — including the burning of acres of crops. Militias have also sought to impose an Islamic lifestyle on residents — including forced veiling, closing of liquor stores and limiting of Christian worship.

Meanwhile, in Syria, the report details about how the IRGC created several militias within the Shia Liberation Army after the popular uprising against the Assad regime in 2011. In the 10 years that followed, the report says that the Christian community in Syria has shrunk by 70%.

The crimes which the report links Shia militias to include the killing of dozens of Christians, the use of kidnappings for ransoms, torture and confiscation of private property. It cites reports of 124 assaults on churches between 2011 and 2019, with 75 acts of violence including acts of destruction.

“Bombing these churches had no tactical value; it was a deliberate policy to scare the Christians into fleeing,” the report says.

The report calls for the State Department to sanction Iran and the commanders of the IRGC for expelling and persecuting Christians, while also urging the United Nations to appoint a special rapporteur to report on the effort by Iran to remove Christians out of the region.

The report comes as talks to revive the 2015 Iran nuclear deal have stalled in Vienna and the Iranian regime has been resorting to increasingly provocative tactics.

The Trump administration left the deal in 2018, and Iran left soon after. The Biden administration has pledged to re-enter the deal and has considered major concessions, but it has not prevented talks from stalling.

The U.N. atomic watchdog said Thursday that Iran has started removing dozens of surveillance cameras from its nuclear sites — with officials warning it could be a “fatal blow” to efforts to revive the deal.

Pensioners in Iran on 2nd day of protests, chanting “Death to Raisi!”