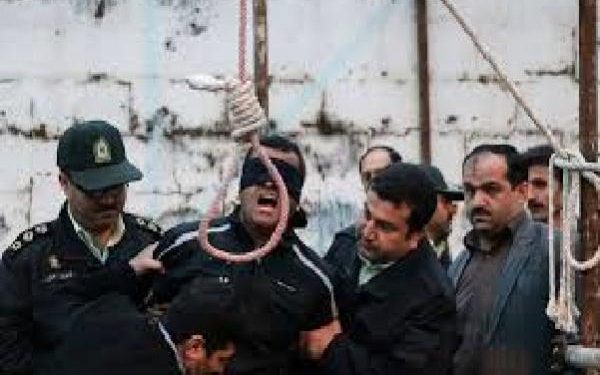 The photograph “Firing Squad in Iran” by Jahangir Razmi of Ettela’at
The Iranian regime has started the 2016 with wave of execution. In merely two days, January 6-7, this regime executed 17 prisoners. The Middle East daily Asharq Al-Awsat reported on Monday, January 11, Tehran has set a new top record for executions carried out by their league of jurisdiction, ever since President Hassan Rouhani rose to power with the agenda of hoisting colors of justice and presidential reform.
Iran has taken advantage of resuming nuclear negotiations to freely carry out more executions. Last year, Iran ranked top world-wide with the peak ratio of capital punishment verdicts relative to its population.
Moreover, Iranian human organizations confirmed 1084 capital punishment convicts were put to death in 2015, which represents a record high for Iran over the last 15 years.
The Iranian president plays the main role in endorsing executions through his senior representatives across country provinces. Besides, Rouhani has not once made a statement in which he denounced the overgrowing capital punishment verdicts being carried out throughout his reign.
Meanwhile, human rights organizations were hoping for the P5+1 nations to include human rights organizations’cases into the enlisted suits for discussions. Human rights also demanded to end Iranian capital punishment within the context of the nuclear deal’s agenda, a request that rendered one-sided.
Amnesty International also issued a statement, last July, warning of the subject of the accumulating executions during the first half of 2015, after recording figures as high as 700 executions, at a time when Iranian statistics showed only 246 Iranians executed.