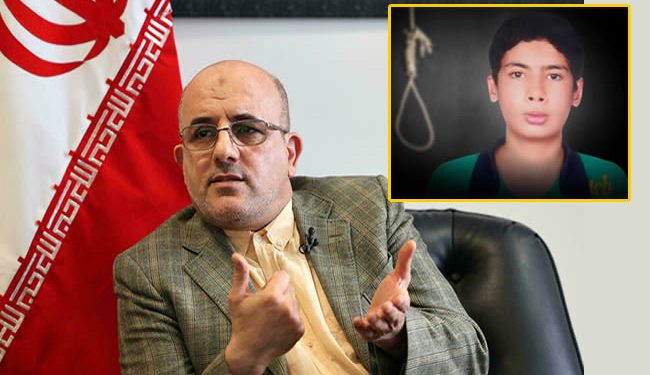 Iran’s use of the death penalty for crimes committed as minors does not mean it violates human rights, a senior Iranian official has insisted to AFP in response to UN criticism.

The Islamic republic executes convicts for crimes they committed while under-age “three to four times” a year, argued Majid Tafreshi of the state-run High Council for Human Rights.

Such uses of capital punishment are “not a symbol of violations of human rights,” he said in an interview with AFP, charging that criticism of the practice was “not fair”.

The United Nations and human rights groups frequently criticise Iran for executing child offenders, which violates the UN Convention on the Rights of the Child that Tehran has ratified.

UN rights chief Michelle Bachelet last week pointed to Iran’s “widespread use of the death penalty” and said that “over 80 child offenders are on death row, with at least four at risk of imminent execution”.

He said the council’s broad goal “is minimising the number of executions… as much as possible”, calling it an effort for which “nobody applauds Iran”.

Iran last year executed at least four people found guilty of murders committed when they were minors, according to the UN.

The Iran Nuclear Deal Isn’t the Problem. Iran Is.