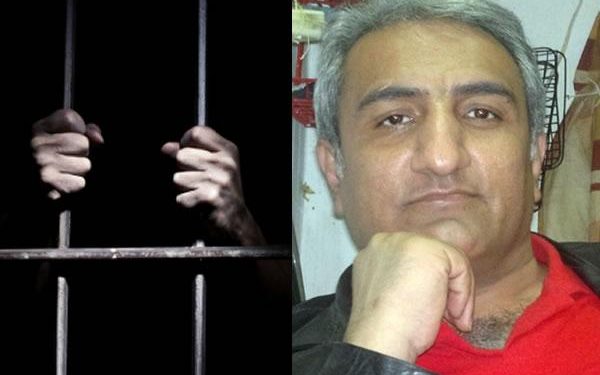 Iran: See the nooses awaiting me

By Afshin Baymani, a political prisoner in Gohardasht Prison – Karaj, west of Tehran

Sixteen years ago when I was in solitary confinement, after a few months of interrogations and being kept incommunicado, one day I asked my case interrogator what have I done and until when do I have to be in solitary confinement? When will I be released? He laughed and said, “If you are a good boy, listen to what we say, there will no problems in your portfolio and you will be released soon.”

Time passed by… when I went to court I asked others in the vehicle why are they taking me to court after such a long delay? They laughed… and I couldn’t understand why. In court I asked the judge when I will be released? He took a good look at me and said I won’t let you remain behind bars for more than five years. In the 209 detention center one day they took me to an interrogation cell where Jafari, the judiciary official, was there. It was 9 am in the morning. They gave me a 20-page dossier and he said to read it and sign. I was delighted and began reading. As I read the pages none of the articles had anything to do with me. Also, the name of a lawyer was mentioned whom I had never seen before, and I was finally sentenced to execution. I told Mr. Jafari that this file has nothing to do with me. He said sign it, I am in a hurry. Another person clarifies if it does or doesn’t have anything to do with you, he added.

Since it was the first time I was confronted with such a scene and the phrase “execution” was unbelievable for me, I saw myself signing without any other choice. Sometime later I was placed under such psychological and mental pressures that I wish I had been executed, asking myself each day when that day will actually come. Five years passed with such a trend, with all the pains and sufferings for my family and I. One day in the afternoon they summoned me and said your interrogator has come. I went and they took me along with a number of other prisoners who had their hands and feet cuffed. They were transferred to solitary confinement in ward 240. I realized they were being taken for execution. I tried to sooth their pains as much as I could, not knowing I myself had a similar fate. We reached ward 240 and I asked one of the authorities there why I have been brought here? I was told my interrogator had come. Without any hesitation they said get into the cell and you have been brought here to be executed. Hearing this sentence my knees suddenly became weak and I began trembling. For a few minutes I was left in utter disbelief, and afterwards, to say the truth, for hours I cried for my wife and two children, asking myself how am I to leave them to be all alone?

Hours passed by and I truly cannot explain how I felt. Anyhow, I sought refuge in the Koran found in the cell, and I became calm as I read the verses. I wept again, read the Koran again, and … Until I finally settled down a bit and prepared myself for the execution. Three days passed by and I felt I was in hell. They transferred me from the ward 240 solitary confinement to the 209 detention center, and at that moment I said goodbye to the miserable five years in prison. For one moment I felt complete peace, something I had never experienced before in my entire life. When we reached the 209 detention center I saw my interrogator, deviously smiling and telling me your execution verdict has been lowered from execution to life in jail. I stared at him and said why did you keep me in solitary confinement waiting for the noose? Do you know what I went through? After seven years again I saw the interrogator and said I wish I had been executed and relieved of this miserable life. He smiled and said, “Afshin, we intend to place you under conditions that each day you would wish a 100 times you had been executed…”

To tell you the truth, I didn’t believe it. Now that ten years have passed from that event, and I feel deep down that he was right on this particular issue…

Now I ask all domestic and international organizations to at least call on this regime to re-impose the initial execution ruling against me, and have me hanged along with dozens of my cell mates who are killed each week in this Gohardasht slaughterhouse, so that I would be relieved of this life full of lies, hatred and deception, and so I would not feel pain about my friends who are constantly executed.