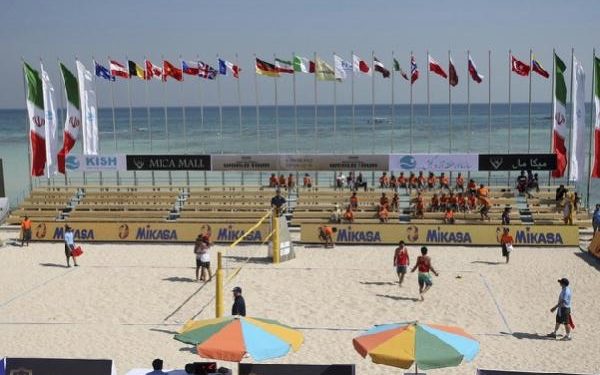 This picture made available by Tasnim News Agency and taken on Monday, Feb. 15, 2016, shows a volleyball match between Iran and Turkey during Beach Volleyball World Tour in the Iranian Kish island in the Gulf. (AP)

Allowing women to attend the five-day competition at Kish Island had been a condition of world body FIVB for the Iranian volleyball federation to host the event.

FIVB spokesman Richard Baker tells The Associated Press “there were some misunderstandings with regard to security” during play Tuesday.

He says women could then watch games from a cafe overlooking the main court.

Baker says “there have been misunderstandings throughout the day, and we have had to seek clarification.”

He says the Iranian federation “has the best intentions but there are cultural issues.”