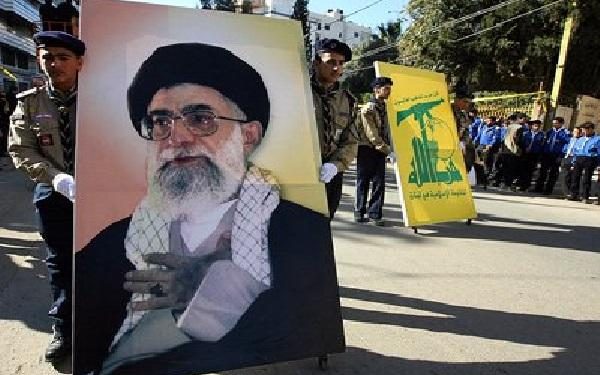 Iranian regime's meddling in the region

Feb. 14 marks the 11th anniversary of the assassination of former Lebanese prime minister Rafiq Hariri. Since his murder, not a year has passed without further exposing that the crime was not isolated from the Iranian expansionist project in the region.

This project, which includes Lebanon, has taken a new dimension since the 2003 U.S. invasion of Iraq.
American troops toppled the Iraqi regime without considering the repercussions. Then-U.S. President George W Bush handed Iraq to Iran on a silver plate. Jordan’s King Abdullah tried in Aug. 2002 to convince him to consider the consequences of invading Iraq, but in vain. The king was aware of the threat posed by Iranian control of Iraq.
Hezbollah
We are currently witnessing in Lebanon another episode in a series that began with Hezbollah’s refusal to give up its arms after Israel withdrew from the south of the country in May 2000, in compliance with U.N. Security Council resolution 425 of March 1978.
Those who think Hezbollah has given up its Iranian goals do not want to deal with reality. It did not participate in cabinets when Lebanon was under Syrian tutelage, only after Hariri was assassinated. It then solidified the concept of an obstructing vote in government, which has reached the current phase of blocking the election of a president.
Iran wants to manage Lebanese politics and control the country via legitimate institutions
Khairallah Khairallah
Iran considers Hezbollah’s military intervention in Syria as an essential part of its project in the long run, while another essential part relates to Lebanon in particular. Since the assassination of Hariri, Hezbollah has been aiming to get rid of the Taif Agreement that ended Lebanon’s civil war.
Hezbollah Secretary General Hassan Nasrallah thinks time is on the side of the Iranian project, particularly because Syrian President Bashar al-Assad is still in power despite five years of conflict. Hezbollah thinks the balance of power that led to the Taif Agreement no longer exists. Moreover, many people inside and outside Lebanon think the agreement should have died with Hariri.
Iran wants to manage Lebanese politics and control the country via legitimate institutions, particularly the banking sector. It wants to hijack Lebanon, just as it did the Shiite sect. It wants a new electoral law that weakens the Sunni and Christian communities. The stances of Lebanon’s foreign minister resemble Iran’s.
However, there are many legitimate questions about whether Iran is able to pursue its project in Lebanon and thus alter the regional balance of power in its favor. It is too early to answer such questions, but what is certain is that Lebanon is in an unenviable position.

Iran: VEVAK/MOIS allegations are source of pride for all of us