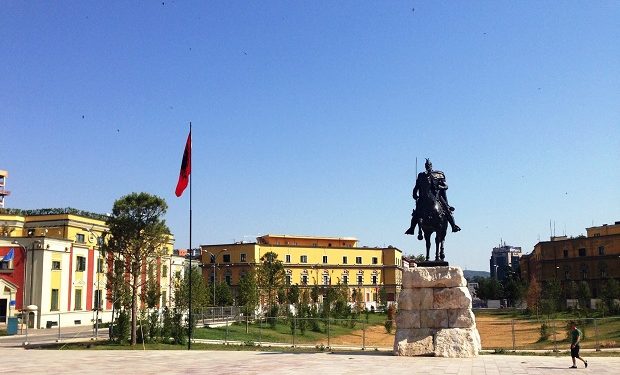 Today, when all the print media is filled with news about threats from the infamous regime of the mullahs of Iran, threaten the lives and peace of Albanian citizens, at a time when public safety is at risk, we receive the strange news from an Iranian MOIS  association ASILA that  they donated note books with ASILA sign printed on the cover in GJON BUZUKU school in Kinostudio area in Tirana. They said  It is a “victory” for the Members of the Association, and the Association itself, as it is showing its reason and function as a cultural association, well, we all know that children are the future and that is why we focus on helping to build the future.”

But what is the association ASILA and what does it represent?

The association ASILA is created and financed by the Mullah regime. It is that regime that has been killing and torturing the Iranian people for forty years. It is the same regime that a few days ago killed the 22-year-old girl with the crazy pretext that her hair was a little visible. In Iran, people protest every day against the fascist regime, but the ASILA association does not talk about it. It just wants to manipulate the children with the tale of the wolf… “Knock, knock open the door, my leg is white, my leg is good,…” because the children do not know the language of lies, as if they do not listen to those news that the Iranian mullahs regime is a serious danger for Albania and the Albanians themselves.

This is the ASILA charity that distributes notebooks with the ASILA sign on the notebooks to show us how “happy” the children live in the Iran occupied by the religious fascist regime of the mullahs. And then just think that ASILA and its staff are under investigation by the anti-terrorist police and SPAK. They do not state who pays them. They are run by Iran’s Nejat society which is a branch of MOIS. They use the pictures of the under age children of the GJON BUZUKU school for their propaganda in Iran. Do their parents know about it? Dashamir Mersuli, who is the first face of ASILA, was sent to Iran last summer and the media said it was for training by the Iranian regime. Mersuli makes propaganda in favor of the criminal Iranian regime. The real person behind ASILA is Hassan Heyrani, a dangerous MOIS agent. The mullahs’ regime in Iran has killed more than 500 people and arrested more than 30,000 in the past two months. The association ASILA in its propaganda is disguised as a charitable association, and after the fanfare of ASILA it is well known what winter is coming back.